ACCC taking Telstra, Optus and TPG to court over NBN speed claims Two Spider-Mans point at each other 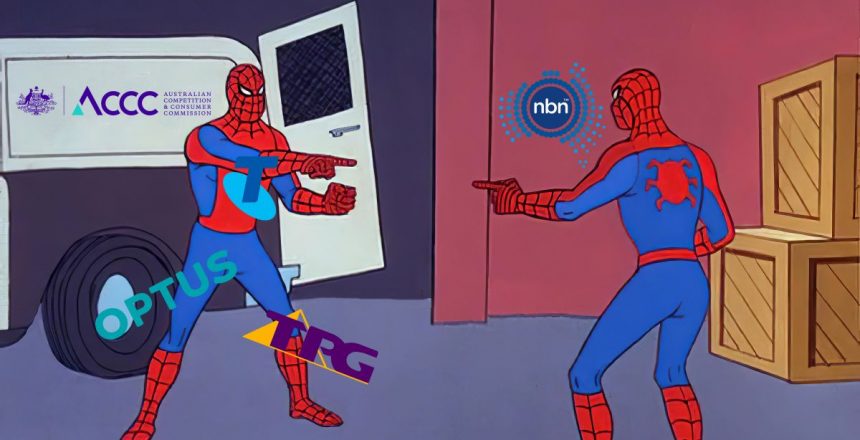 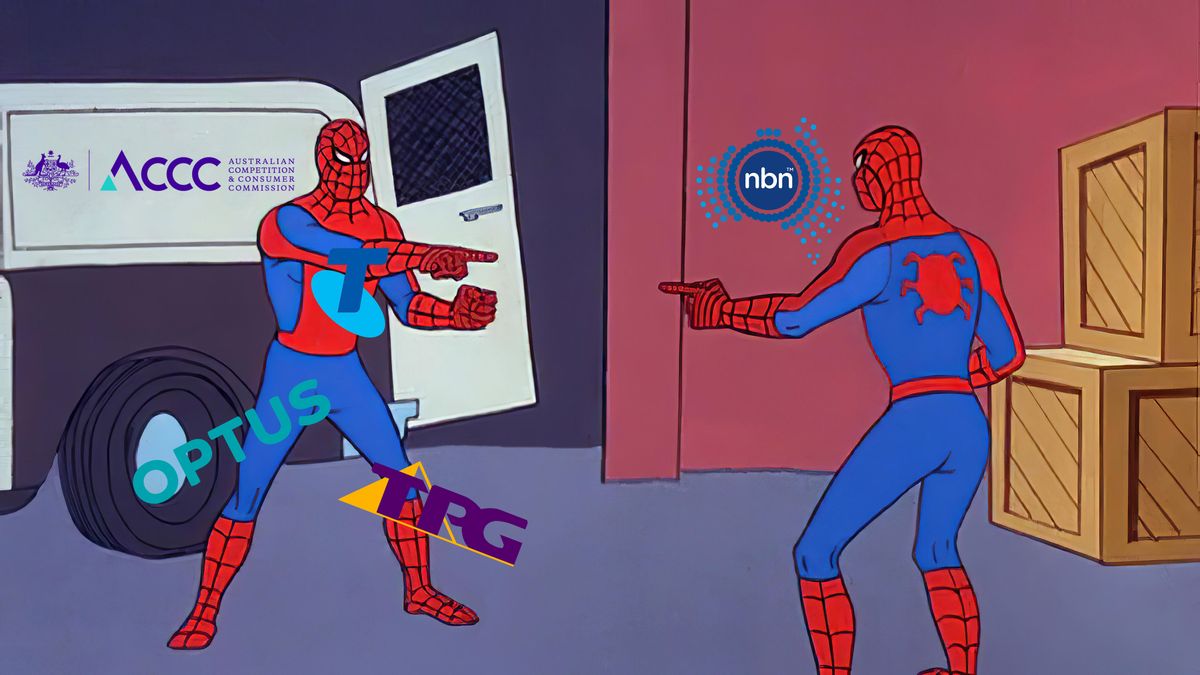 Telstra, Optus and TPG are the big names when it comes to the National Broadband Network, and now the three telcos are being taken to court by the Australian Competition and Consumer Commission (ACCC) for allegedly false claims about the maximum NBN speeds that certain customers could expect.

The ACCC alleges that each telco told customers on the widely deployed (and often criticised) fibre-to-the-node (FTTN) technology that their maximum NBN speeds would be checked when signing up, and that they’d be notified and offered remedies if their service was found to be underperforming.

The consumer watchdog alleges none of those checks or follow-ups actually occurred. “Telstra, Optus and TPG each promised to tell consumers within a specific or reasonable timeframe if the speed they were paying for could not be reached on their connection,” says the ACCC’s Chair, Rod Sims.

“They also promised to offer them a cheaper plan with a refund if that was the case. Instead, we allege, they failed to do these things, and as a result many consumers paid more for their NBN plans than they needed to,” Sims said.

Sims continued: “What makes this behaviour even more concerning is that Telstra, Optus and TPG were well aware of these issues and had earlier given undertakings to the ACCC to provide remedies to consumers who purchased NBN plans with speeds that couldn’t be delivered”.

The ACCC says that Telstra, Optus and TPG are in the process of contacting affected customers who are eligible for a refund for an underperforming service. These customers will also be able to move down to a cheaper plan, or leave their contract without facing a fee.

In a statement to TechRadar, Telstra’s group executive Michael Ackland apologised for letting customers down, and said it was moving to fix the problem.

“We self-reported these issues to the ACCC and we’re already taking steps to make sure customers are offered remedies and our processes are improved,” says Ackland. “As we’ve seen today with Optus and TPG, this issue is not isolated to us and is happening more broadly across the industry because of a complicated process”.

“In most cases, if NBN Co sells a retail service provider (RSP) a connection that fails to deliver the speed the customer wants, and the RSP has paid for, the RSP is left to wear it.

“The customer doesn’t receive what they want, the RSP still pays full price, and NBN Co have limited obligations to do anything about it and continue to charge RSPs for a plan they know the connection may not deliver.

“This is why we strongly support the current ACCC process examining the price RSPs pay for access to the NBN, and the service standards to which NBN Co should deliver,” says Ackland.

In a similar vein to Telstra, a spokesperson for Optus told TechRadar that the NBN’s multi-technology mix often caused issues for providers.

“The speed that is achievable on some NBN connections can be impacted by issues including the length and quality of the copper line that connects a customer to the NBN. Unfortunately, not all NBN connections can deliver the same speeds,” the spokesperson said.

TPG, which merged with Vodafone last year, apologised for the oversight, and suggested two factors were at play for the underperforming services.

“The first was failure by NBN Co to provide timely and accurate speed information to TPG Internet,” says the TPG spokesperson. “The second was anomalies in TPG Internet’s legacy processes in place since 2017, and these have been fixed post-merger.”

The ACCC has placed the blame squarely on Telstra, Optus and TPG for allegedly misleading NBN users of their maximum plan speeds, but to varying degrees, the big three telcos have all pointed the finger at NBN Co or the NBN rollout more generally.

While some of the blame-shifting to NBN Co is perhaps reasonable, given that the latter was being relied upon for actionable data, for some time now the ACCC’s quarterly reports on broadband performance have noted that FTTN connections often underperform due to their design.

However, this information may not be widely known among the average NBN user, and ultimately, by proactively offering this ‘quality assurance’ service, it’s the providers’ responsibility to ensure their customers were getting what they were paying for.

Telcos preemptively block access to the fastest NBN speeds on offer based on which connection technology a property has – you’ll find that NBN 250 plans and NBN 1000 plans are only available to those with a fibre-to-the-premises (FTTP) or a hybrid fibre coaxial (HFC) connection.

Once they discovered that the required speed data to assess each FTTN customer’s line speed wasn’t forthcoming, perhaps telcos should have taken the tried and true rule of success in business: under-promise and overdeliver, charging customers for a slower service until they were sure they’d be able to achieve the faster one.

The ACCC alleges the underperforming services were for those with a FTTN connection on NBN 50 plans and NBN 100 plans. If these customers aren’t getting the speeds they’re paying for, and the telcos have specifically promised to ensure they were, ultimately the onus is on the telcos to make good.