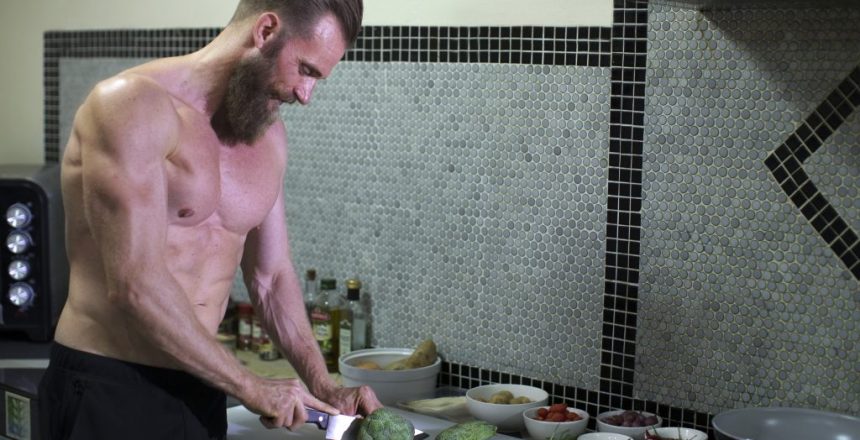 As the world looks ahead to life after lockdown, many of us are finding that being quarantined has taken a toll on our physical appearance. Just like when we spend too much time watching TV or playing video games, the stay-at-home restrictions have wreaked havoc on our health. Our muscle tone has declined—and we suddenly find fat in new places.

We may decide it’s time to take action. Nutritionist and trainer Steve Pilot can help. He is a professional certified fitness coach and vegan nutritionist who teaches people how to get rid of those ugly bulges of fat. Pilot, a German national, has travelled to more than 80 countries, but he fell in love with Bangkok and decided to make it his home. One reason he stayed is because of the city’s food offerings, especially when it comes to vegan foods.

The difference between vegans and vegetarians

The difference between vegan and vegetarian is simple. “Vegetarians don’t eat any meat, but vegans don’t eat meat or any product that comes from animals, such as milk and cheese,” Steve explains.

Pilot’s personal story might serve as an inspiration for anyone who’s feeling defeated about their physical appearance.

“Many years ago, I had an epiphany. I was eating regular foods and didn’t give much thought to what I was putting in my body. I would often eat junk foods and snack foods. Then one day, I had lunch with an old friend and he began telling me about his journey to take back control of his health and his body,” Pilot says.

This conversation made Pilot immediately more aware of the harm we do to our health when we eat wrong. With so many people around the world now struggling with illnesses like diabetes, it’s clear that something needs to change. Eating potato chips, hamburgers, sodas and French fries very quickly leads to weight gain and eventually to any number of serious illnesses.

“After that conversation, I began doing some research. I learned how unhealthy certain foods are. I became intrigued by the incredible difference it can make when we simply change our diet a little,” he says.

Ideas and solutions for good health

Pilot suggests cutting out carbs like potatoes and pasta. Though these foods can be eaten occasionally, they should not be eaten on a weekly basis. Although his diet includes only plants, he is quick to point out that this offers a long list of delicious foods to enjoy, from almonds and pecans to strawberries and greens.

Pilot is a business owner who helps people take control of their lives and health. He is also a well-known body builder and personal coach. It’s easy to stay on a plant-based diet in a city like Bangkok, Pilot says.

He reflects back on his journey:

“I knew that the ecological footprint of a plant-based diet was much smaller than that of a meat-based one, and this had been the catalyst for my previous forays into vegetarianism, beginning when I first started travelling around the world. Processing all of this, I knew that going vegan was the only way to live compassionately. I still wanted to build muscle and be fit, but I wasn’t sure if that was possible as a vegan. Most of the people around me didn’t think so.”

Friends and family members reacted negatively when he told them about his decision to go vegan. No one understood how a man could live without steak and chicken in his diet. It just didn’t seem healthy—especially for a body builder.

His family worried about where he would get enough protein on a vegan diet. He’s received so many questions about this that he’s written two books. The first, called “Get Fit Program,” outlines the path to a healthier future. The other is called “Vegan for Beginners Guide” and endeavours to help those who wish to transition to a plant-based diet.

There’s been so much publicity in recent years about the cruelties inflicted on cows, chickens, pigs and other animals raised for slaughter. Even cows raised to give milk or chickens raised to produce eggs are often kept in small enclosures, with very little freedom.

How coaching can help

Pilot offers personal and online coaching to anyone who is ready to make serious changes in his or her life.

“I coach daily, and most of my classes include a proper warm-up and a Q&A where I answer my clients’ questions about fitness and nutrition. We then proceed to a customised training programme and guided workouts that end with a cool down. During this time, I try to incorporate a lot of knowledge the client can take forth and add to their life, even after we stop training together. I equip my clients with fitness knowledge they can use for the rest of their lives,” he says.

Anyone can make the transition to a plant-based diet but Pilot cautions people to take it slow. Begin with one plant-based meal per day, then increase that to two meals. Your body will need time to adjust to the new fuel you’re putting in it. He says it’s common to get headaches as your body detoxes. Don’t let that alarm you. Just continue forward, gradually replacing meats and products produced by animals with plant-based foods.

We could all be healthier and live longer if we work out each day, Pilot says. Go for a walk or run. Find physical activities you enjoy, such as camping or canoeing. Transitioning to a healthier lifestyle takes time, but the journey is worth it. Pilot’s mission is to influence people’s lives, helping them become the best version of themselves through fitness, training, sustainable eating habits and living an active lifestyle.

This goes beyond just lifting a few weights in the gym. He seeks to offer a total transformation of mindset, body and spirit.