Mobile speed in India is one of the slowest, says global digital wellbeing study India has slipped in the global Digital Quality of Life Index 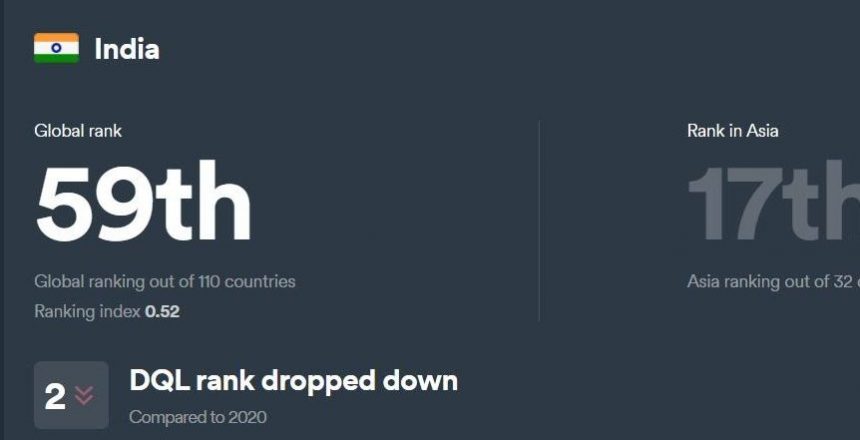 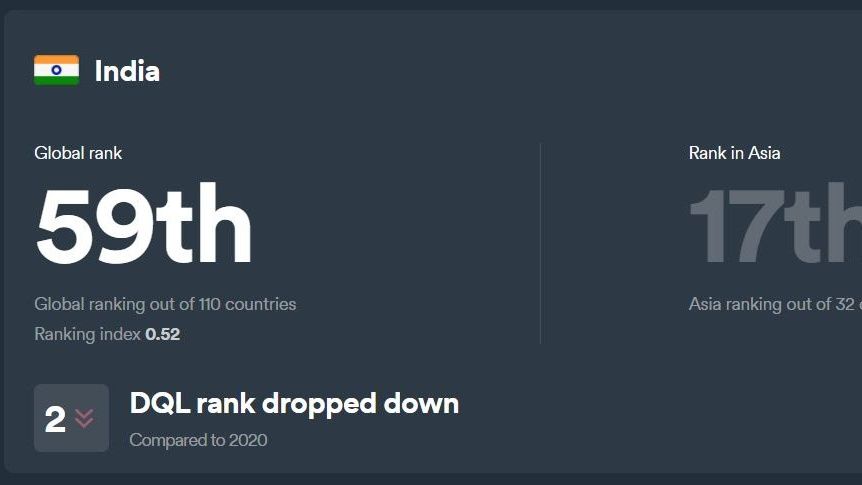 Covering 90% of the global population, the DQL study is conducted by the cybersecurity company Surfshark and evaluates countries based on a set of five fundamental digital wellbeing pillars — internet affordability, internet quality, electronic infrastructure, electronic security, and electronic government.

India is ranked 33rd in e-government, 36th in e-security, 47th in internet affordability, 67th in internet quality and shows the lowest result in e-infrastructure, which comes only in 91st place, and is 30% worse than the global average.

Further, the study also said mobile speed in India is one of the slowest in the world (12.33 Mbps).

Not a rosy picture for India

The happy development is India’s e-security is better than China’s and is now ranked 36th and has improved by 76% since last year. The country now comes 17th in Asia and 1st in the Southern Asia region.

Additionally, the country ranks only 95th in the number of individuals using the internet. The internet affordability index has decreased by 75% since last year, and is now slotted at 47th. This year, people in India have to work 1min 15s to afford the cheapest 1GB mobile data package, 40s more than in 2020. Compared to Bangladesh, India ranks lower in e-infrastructure and higher in internet affordability, internet quality, e-security and e-government.

“Digital opportunities have proved to be more important than ever during the Covid-19 crisis, stressing the importance for every country to ensure fully remote operational capacities for their economies,” said Vytautas Kaziukonis, CEO of Surfshark.

Overall, 6 out of 10 countries holding the highest scores are located in Europe, as was the case last year. Denmark ranks 1st in DQL for the second year in a row and is  followed by South Korea. Finland ranks 3rd, while Israel and the US round out the top five of 110 nations that were evaluated. The bottom 5 countries are Ethiopia, Cambodia, Cameroon, Guatemala, and Angola.

Regionally, the US stands out as a country with the highest digital quality of life in the Americas, while South Korea takes the leading position in Asia.

Broadband is globally less affordable this year. Comparing countries included in both DQL20 and DQL21, people have to work 11% more (25 min more) to afford broadband internet in 2021.

The 2021 DQL research examined a total population of more than 6.9 billion people in terms of five core pillars and 14 underpinning indicators that provide a comprehensive measure.