A Weekend Break in Bangkok? 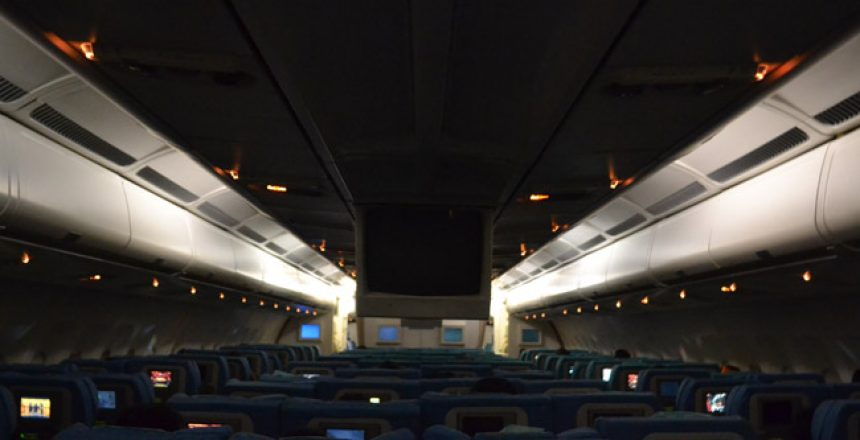 People often talk about Bangkok as if it’s “another world” and “a once in a lifetime destination”. But, in theory, you could leave work at 17:00PM Friday evening in the UK, and spend the weekend, and still be in work by 09:00AM Monday. At the same time, I’m in no way saying it’s a good idea, but I am going to show that it’s not only possible, but you could cover many of the major things to do in Bangkok and probably achieve more than a backpacker on a ‘year out’.

This journey starts after work at 17:00PM on a Friday where I’d give myself around four hours for travel to the most convenient airport. And that’s more than enough time when travelling with only a small rucksack containing little more than a passport, camera, laptop, travel adapter, phone/tablet and five sets of summer clothes. So we would be leaving the U.K. at around 9:00PM, for example London, but other regional U.K. and Irish airports offer direct flights that take roughly 12-hours travelling from the UK to Thailand. And, given time differences, Thailand is GMT+07, so arrival time in Bangkok should be around 14:00PM local time. I’d then give around 3 hours from arrival to the airport to hotel check-in, where I’ll have a likely have boutique heritage hotel or maybe a slick urban retreat booked in the city centre in advance.

Three hours from the airport is more than enough and it should allow time for tailbacks at passport control, and busy city traffic. In fact, I’d probably use the airport rail-link to avoid traffic altogether. I would then base myself next to Bangkok’s convenient rail networks, probably on the Sukhumvit line, and again, probably near the Asoke station and interchange. This will give me access to both BTS Skytrain and the MRT underground lines. While I will likely use taxis to get around, the Skytrain guarantees a lifeline if time is tight, during peak times. Motorbike taxis can also help if I find myself falling behind schedule. With three hours from the airport, which is a lot, I will likely have picked up snacks along the way, a Subway Sandwich from the airport, or Thai street food once to the city streets. As long as I’ve eaten, this meal isn’t overly important. Given that traffic was easy, I’ll even catch an hour’s rest at the hotel before heading out for the night. It’ll now be around 17:00PM, in Bangkok, a 24 hour city. There’s plenty to do.

For Saturday night I’d opt for a not-so strenuous night out with an evening viewing of Siam Niramit, a showcase stage production of Thai culture, mythology and folklore. It’s perfect for a first visit. The show starts at 8:00PM which gives 2 hours 30 minutes to get there. This give time to squeeze a 1hr 30min aromatherapy massage on the way and maybe try for a quick nap during this time. This stop is almost essential having come from a 12 hour flight squashed on a plane. If running late I’d still squeeze, at least, a 30 minute traditional Thai massage, which can be found on location at the Siam Niramit theatre. So I arrive, I enjoy the show, and by the end at roughly 21:30PM, I will likely be desperate for a sleep. However, I will force a quick detour on the way back to the hotel. Now, given that traffic will be easier in Bangkok, I can sneak to one of the umpteen rooftop bars in the Sukhumvit area for Bangkok’s nighttime cityscapes and local drinks, cocktails and bites. After another easy taxi, I’m back to my hotel before midnight. I sleep like a baby.

With all the excitement of being in Bangkok, I’m almost guaranteed to wake early. When I do I’d skip the generic hotel breakfast in favour of snacks from local street food vendors. This maybe a breakfast of grilled pork skewers, sticky rice, fresh fruits and an iced coffee. Whatever I find really. I then take a walk to the nearest local park to partake in morning people watching. More than likely this will be Benjasiri Park and, given the walk’s too far, I’d flag down a motorbike taxi. Then back to the hotel where, after my iced coffee from earlier, I’d likely splatter the toilet like a Jackson Pollock. One less thing to worry about. Now it will be close to 10AM and, with just a small rucksack, I can leave the Sukhumvit area to go explore further parts of the city. However, at this time taxis may not be the best option for travel so I’d go with the skytrain next to Siam station. Here is the central commercial district of Bangkok with a number of megamalls to explore. While they’re obviously not everyone’s cup of tea, they do have some great food courts and eating options within. An early lunch maybe worthwhile. By taxi, this area is convenient for travel to Rattanakosin Island and the old city area of Bangkok. This would be the next destination to explore Chinatown. Alternatively, for those with no interest in malls, take the underground (MRT) to Hua Lamphong station and forward to the same destination which is nearby.

Now I get lost in Chinatown for an hour. I’d eat street food, get more lost, poke through local temples, then take a tuk-tuk back out again. It will be around midday-ish now so it’s guaranteed to be hot. Ideally I would take shelter but instead I’ll have the tuk-tuk drop me at the Grand Palace, home to the Emerald Buddha. It’s not so far. This is the must-see attraction for pretty much every tourist in Bangkok and, as expected, it will be annoyingly touristy. Fortunately, many of the big bus loads have come and gone by now, so it is more bearable, despite the heat. This attraction closes earlier than the rest in the area so I’d get in early, meaning there’s no hurry for the rest. Now opposite, just cross the road, is Wat Pho home to the iconic reclining Buddha. But before going inside I’d escape the heat with traditional massage at Wat Pho Thai Traditional Medical School. With luck I’ll get a quick nap again and, on leaving, I’d change into fresh new clothes. I’d plan to finish this massage at around 3:45PM giving myself 1 hours 15 minutes to explore Wat Pho and Wat Arun, the latter found on the opposite side of the nearby Chao Phraya River. Wat Arun, aka The Temple of Dawn, is a quick in and out. Note, I do get through these attractions quicker than most, so add an extra 30 minutes to the above if needed.

Time will feel tight now, but, with the 6 hour time difference, there’s still much to go. To arrive in the UK at 6AM Monday morning, the flight from Bangkok should be at around midnight. Giving four hours for travel to the airport means 20:00PM is are exit time. You can of course squeeze time but, for this guideline, and for anyone ridiculous enough to follow it, I’m sticking to the 9-to-5 parameters. Fortunately, 20:00PM is also the finishing time for many of Bangkok’s Chao Phraya Dinner Cruises. They also start at 18:00PM which gives one hour to reach the starting pier using local river taxis. For the dinner cruise I’d go for the high-end options, many which are hosted on old restored wooden rice barges and have live performance of Thai traditional music and classical dance. Just one of many examples here. Instead of generic tourist buffets and horrendous renditions of La Bamba found on the cheaper cruises, the high-end barges also have top-notch, authentic Thai cuisine and taster options. Add in some cocktails and marvel at the sun setting over the Grand Palace, and the Temple of Dawn and the Rama 8 Bridge as they glisten at night. The ideal end to this somewhat idiotic escapade.

Now we’re on the last dash to the airport, but given that I’m travelling with only cabin baggage, and have likely checked in online, there really is no hurry. In similar circumstances, on an international flight, I once rushed Don Mueang airport in 20 minutes. If traffic looks iffy, and time feels tight, I would just abandon the taxi and flag down a motorbike taxi. Once on the plane I’d shoot back some neat whiskys, and turn out like a light. The following morning I’d wake in the UK where I’d force pop my ears, shower if I can, or freshen up and change to fresh clothes in a bathroom. Then I’d travel to work for 9am roll call. I will of course look like shit, and feel like shit, so chances are I’d be sent home on a sickie. Win-win. In one weekend I’ll have experienced more of Bangkok and Thai culture, than many backpackers would in a gap year, or expats in a lifetime.