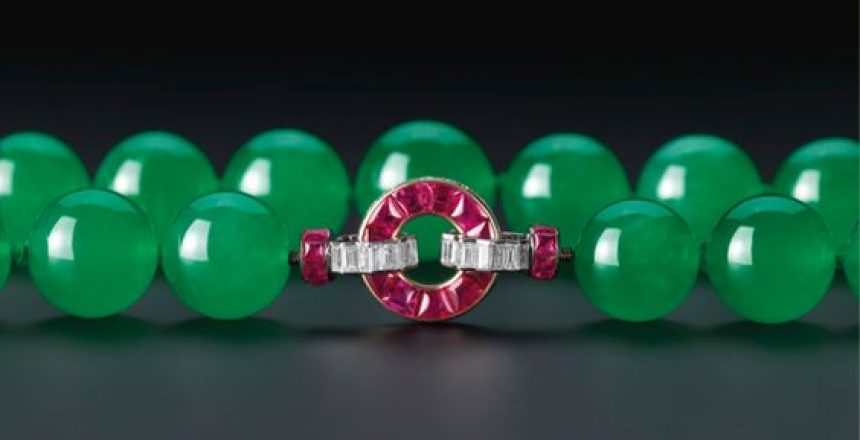 Whether you are a souvenir hunter or simply tempted to invest in these gorgeous stones for yourself, there are a few things to consider before buying jade.

Jade is prized for its bright emerald colour, but it may surprise some people to learn that jade comes in more than one shade. It runs a spectrum of hues from lavender to white, black, orangish-yellow and icy white, making it popular and versatile among wearers.

Jade is composed of two minerals: jadeite and nephrite. In Chinese culture, a pierced jade deck is considered a symbol of heaven. If you see a white or deep-green hue, then it derives from jadeite, whereas nephrite gives the stone a yellow or brown tint. The market value of jade depends on several factors, such as its colour, transparency, texture, size and whether it’s been treated or not. Its semi-transparency, clarity, and fine texture are also factors. There’s no “jade index,” so determining the value of each piece is an art in itself.

Over the years, the price of fine-quality jadeite has skyrocketed along with China’s economic rise. Jadeite has been treasured in Chinese culture for thousands of years. Remember in 2008 when the Olympics were held in Beijing? China left no stone unturned (literally) in flaunting its most prized material in shiny medals. There’s an old Chinese proverb that “Gold is valuable, but jade is priceless.” Demand from customers has started to outpace supply as the country has become wealthier.

Even though some jade items are decades or even centuries old, most Type A jade typically comes with certification.

To gain insight into the jade industry in Thailand, we reached out to the owner of Rupar Gems, Lukgal Srikarn. A talented actor who has stepped into the world of gemstones, Lukgal hopes to make jade accessible for all. Rupar Gems offers a range of top-quality Myanmar jadeites with all-nature Type A stones along with ready-made mounted jewellery.

What makes jade different from other gemstones?

Jade has a long, 8,000-year history of not only being cherished by Chinese dynasties, but it has also been significant since the Aztec and Mayan civilizations. It is attached to many spiritual beliefs in bringing good luck and fortune, prosperity and protection.

While other gemstones may be treated, graded and cut to look almost identical, jade—even when cut and treated in the same technique—will display its own internal patterns and formations. Thus, every piece of jade is unique. When pricing jade, factors considered include the colour, size, translucency, and internal texture. The more clear and translucent, the more even the internal texture, and the deeper the green shade—the more expensive it will be.

Is there anything customers don’t know about jade that can mislead or confuse them?

There are two types of jade in the world: jadeite and nephrite. There is the rare, more expensive high quality, and there’s the more translucent texture, which is jadeite and is mainly found in Myanmar.

The more condensed, darker texture, more affordable, and often used for statue carvings are nephrite, which is found in many places around the world, from China to New Zealand and Guatemala. There is also a lot of fake imitation jade in the market, which has been colour-dyed or injected with polymer to lower its natural imperfections. These are called Type B & C jade, and are not considered 100% genuine. Type A jade (with a mere finish of wax polish) is considered to be the real natural gem that holds real value in the market. With that being said, of course, Rupar Gems is 100% Type A Myanmar jadeite sourced from our own mine.

Why should consumers consider investing in jade right now?

Jade is a very highly sought-after gem and there is no general valid benchmark market price. The price is determined by demand and supply and the satisfaction of the buyer and trader. The price is determined also through the rarity and limitations of supply. As time goes by, there will be less and less jade, especially as the rarest and most highly demanded jade known as Myanmar jadeite can only be found in one country.

Unlike diamonds, which gain much of their demand through the wedding industry and as a universal symbol of love, the supply of diamonds is actually not as rare.

By obtaining or collecting high-quality jadeite, such as those at Rupar Gems, you are not only investing in a rare and highly in-demand gem but also yielding spiritual protection and powers connected to jade. Throughout history emperors and people of noble power have believed that it brings good fortune, prosperity and protection.

What are the benefits of wearing jade?

Some say that wearing lucky jade brings them a sense of calm, balance and harmony. Some say that it protects them from dangers and harm. It is believed that if the jade cracks or breaks, it then endures mishaps for you.

All in all, jade is considered a gem of good luck and prosperity that combines the good energies in the universe within itself and brings that through to the owner and wearer. Often jade is passed down from generation to generation and given as a sign of love, care and protection. When worn daily, it is also said to regulate the balance of health and restoration.

On a personal note, since I started Rupar Gems and have had the opportunity to look after many pieces of Myanmar jadeite, I feel like my life has only gone up and up, both in terms of business and mental harmony and happiness.

What are your top selling items? What kind of jewellery are customers usually interested in?

I guess it depends on who the person buying is. For example, many of my clients are businessmen who are mostly interested in pendants or rings that have good symbolism attached to them, such as bringing fortune and good business.

As for female clients, it is mainly the beautiful, ready-made jade jewellery for wearing, including jewellery pieces like rings or earrings.

The younger generation are more attracted to the different varieties of jade colours, such as clear icy jade and lavender jade. However, the main bestseller is top-quality emperor green, transparent jadeite.