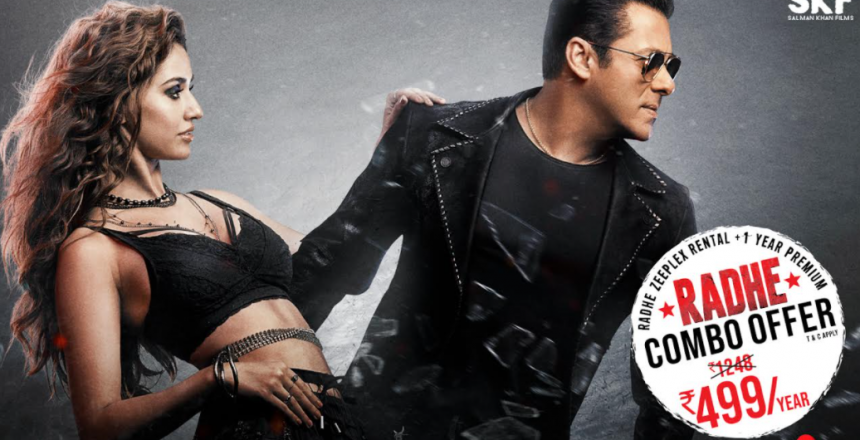 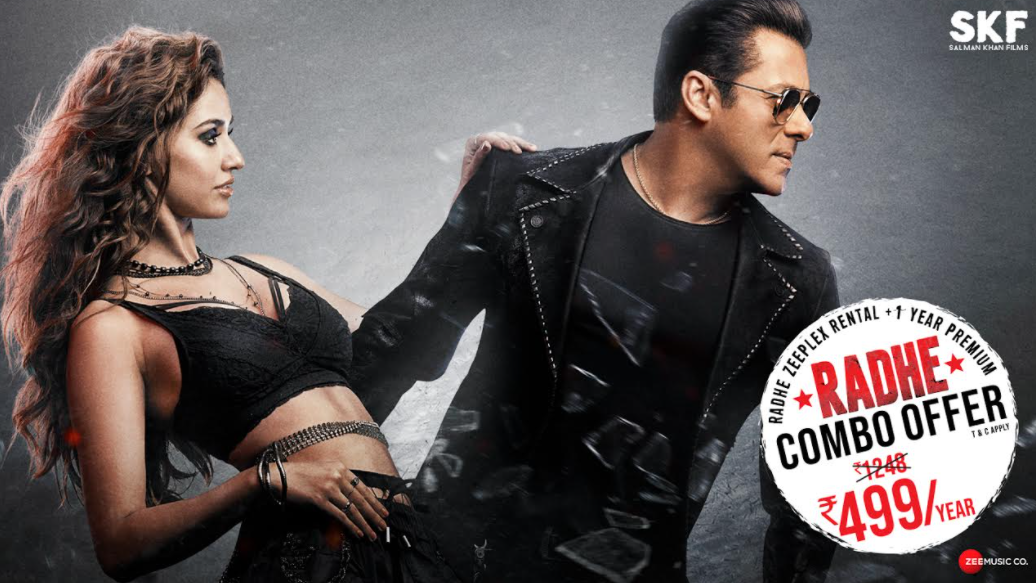 A Salman Khan starrer releasing on Ramzan (Eid) is part of the pop culture in India in the last few years. And for this year’s Eid, Salman Khan’s new movie is ‘Radhe: Your Most Wanted Bhai‘. It is expected to release simultaneously in theatres, and as premium video on demand on Zeeplex and digitally through Zee5 on May 13.

And to make the most out of the inevitable craze for the film, the streaming platform Zee5 has launched a special combo offer with Zeeplex ahead of the film’s release.

As cinema halls in most parts of the country closed, Zee5 hopes to leverage the popularity of Salman Khan film to build on its paid subscriber base.

The Radhe combo offer, priced at Rs 499 annually, will attract new users with a promise of 1.25 lakh+ hours of content across 12 Indian languages on Zee5.

The subscribers of the value combo pack will also get access to 50+ theatricals across diverse languages and 40+ originals that the platform has planned in 2021.

Manish Kalra, Chief Business Officer, Zee5 India, said, “a Salman Khan film with its mass appeal becomes the perfect choice to launch our specially designed annual value proposition of Rs 499. It will allow us to cast a wider net into the country by tapping into newer audience segments and continue our core proposition of being the Multilingual Storyteller.”

With deeper regionalization being Zee5’s key focus, the Salman Khan mega-starrer becomes the first ever multi-platform release of its kind.

The film’s trailer has already amassed 65 million+ views across all platforms and the recently released song, Seeti Maar, is topping charts, having accumulated 49 million views so far.

On Zee5, this is how you can subscribe to the offer:

Click on Zeeplex section and select Radhe: Your Most Wanted Bhai

Login or register with Zee5 to proceed further

On the payment page, select your preferred mode of payment

Complete the transaction to begin streaming the service.

Apart from Zee5, users can also watch the film on pay-per-view mode on Zeeplex for Rs 249. The film will also available on all leading DTH operators like Dish, D2H, Tata Sky and Airtel Digital TV.