As demand for more content rises, Zee5 partners with TVF Promo of TVF shows on Zee5 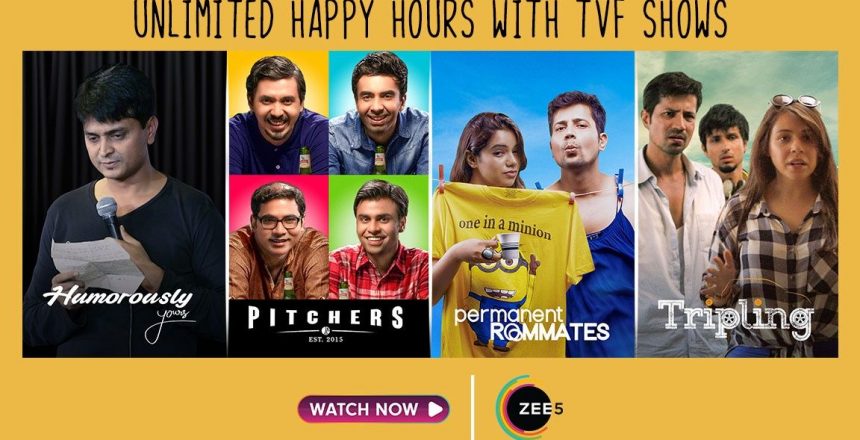 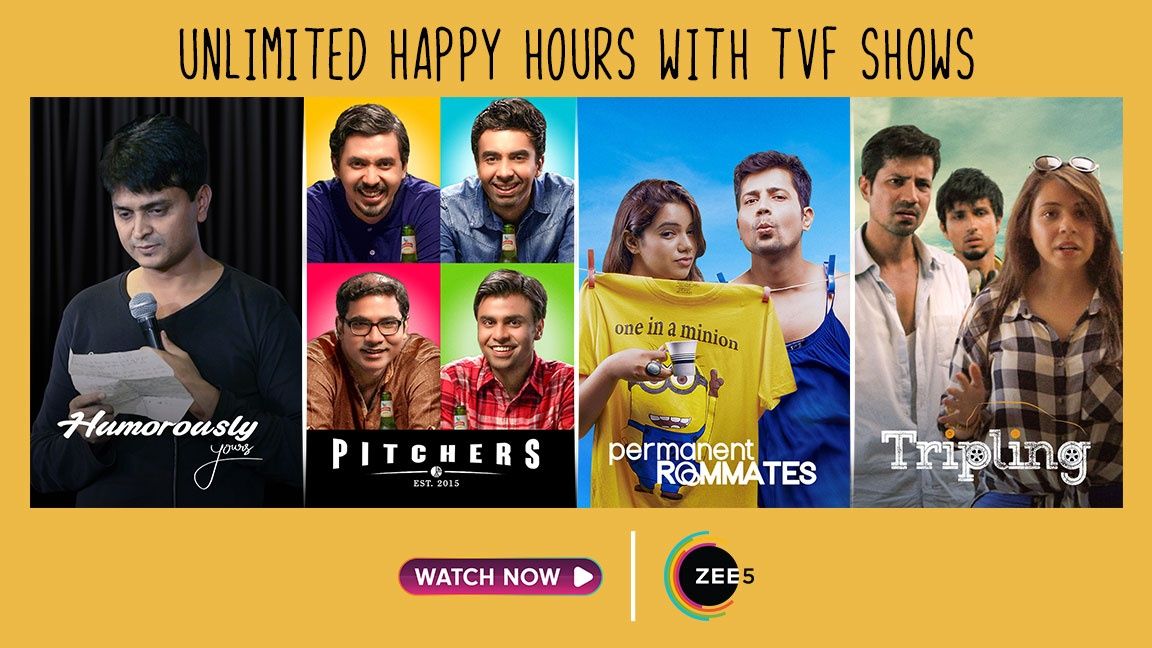 Streaming platform Zee5 has announced a content partnership with TVF (The Viral Fever), a youth-centric video-on-demand service, to amp up its existing content library. Now, TVF will launch its originals and subsequently, new seasons of its iconic shows on Zee5’s SVOD (subscription video-on-demand) platform.

The partnership reflects the need for OTT platforms to broadbase their content bouquet as more and more people are taking to streaming platforms during the pandemic.

Along with TVF content, ZEE5 has a line-up of 50 theatricals through the year and 40 web series across five languages.

The TVF content that will be available on Zee5

Thanks to the new tie-up, Zee5 will exclusively stream new TVF originals, apart from season two of the hit comedy Pitchers, season three of the road-trip comedy-drama Tripling and Humorously Yours, season two of Engineering Girls and the fourth season of The Aam Aadmi Family.

It will also add 13 TVF shows to its AVOD (advertising video-on-demand) platform. In addition to the existing seasons of the said shows, popular titles like Permanent Roommates, Tech Conversations with Dad, Awkward Conversations, PA-Gals, Inmates, Weekends, The Insiders, Zeroes will be accessible to all.

Manish Kalra, Chief Business Officer, Zee5 India, said, “Our focus for this year is ‘Entertainment Inclusion’, to ensure everybody, irrespective of the demographic and language preference, has access to purposeful entertainment”

He added: “Our association with TVF is in that direction. Over 60% of our audience comes from Hindi-speaking markets and TVF caters perfectly to that group.”

Arunabh Kumar, Founder, TVF, said, “We are always trying to push the boundaries with our characters and stories, and we are confident that with the power of the Zee5 platform, our teams and stories will win the hearts of millions of new viewers across the country and the world over.

Zee5 currently has 72.6 million monthly active users (MAUs) and 6.1 million daily active users (DAUs). It is estimated that Zee5 has around four to five million subscribers.