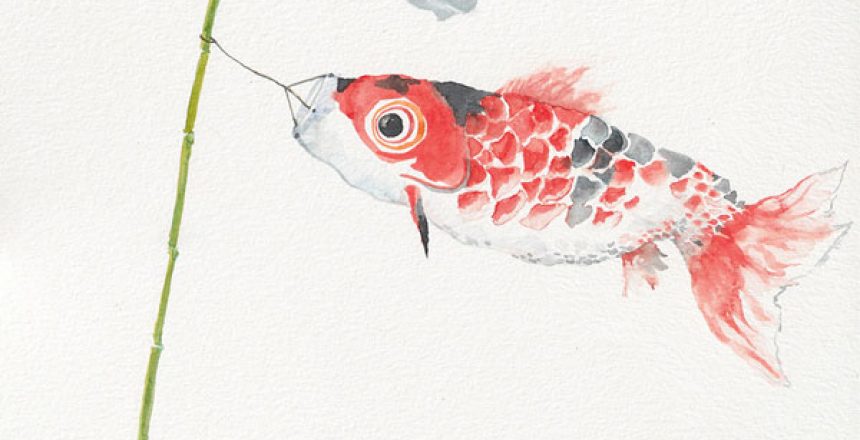 The show, which runs until Aug. 8, includes works by Kamonchanok Phon-ngam, Kay Sirikul Pattachote and others.

“We are fortunate to have been able to continue working as artists throughout the pandemic. For this exhibition… each artist stepped into a deeper level of mind and examination to create their works,” Chizuco says.

“All participating artists are of Asian heritage and have unique points of view. These complex heritage and cultural backgrounds allow each artist to create artworks through the lens of their individual, and culturally collective, layers of thoughts and sentiments,” Chizuco adds.

Chemin Hsiao (Taiwan) is a visual artist based in Queens & Brooklyn (Chashama Studio Space), New York. In his artwork, he captures the personal emotions toward subjects or atmosphere, via the elusive connections from memories and cultural background. The method of watercolour painting serves as instant recorders for specific locations, events, people or ideas.

David Nakabayashi has a complex heritage, with connections to Japan, Hawaii, North America and Europe. It has let him build a romantic view of family, and be a part of many different families. While he has adapted aspects of all those cultures into his own life, he feels that ultimately he belongs completely to none of them. Thus, his life as an artist has been one of wandering, finding family and adapting to new ones wherever he might meet them.

Ji Yong Kim was born and raised in South Korea.  His works are often inspired from his experience in Myanmar where he spent his adolescent years.  He is interested in the intersection of traditional images of Buddhist art and icons from contemporary popular culture.  Use of symmetrical designs and patterns, Mandala-esque structure, gateways or entranceways used for spiritual contemplation are often featured in his artworks.

Kamonchanok Phon-ngam is a Thai artist living in New York City. She earned her BFA from Rajamangala University of Technology Thanyaburi in 2008 and completed her MFA from King Mongkut’s Insititute of Technology Ladkrabang in 2013 in Bangkok. Her comprehensive approach to artwork utilises both mixed-media specialised in fabric and examines existence between Eastern and Western cultures.

Kay Sirikul Pattachote is a Thailand-born New York artist and designer. She earned her BFA from Silipakorn University of Art and Design (Bangkok). Her artwork is inspired by nature, and she draws upon memories and the experiences of her surroundings in everyday life. The ephemeral quality of life and matter is a central theme in her work. Through her paintings, she attempts to record and preserve certain memories and impressions that highlight the potential good that lies in everyone and everything.

Lulu Meng (Taiwan) questions what it is to be an individual living in a modern society and what connects people. Switching career paths from chemical engineering to costume design, having lived and worked in different cities and countries, Meng landed in New York City as an artist. Through her conceptual based practice, Meng actualises her reflection toward the push and pull between an individual’s tendency to be unique and the coexisting longing to belong to a community.

Roberto Jamora‘s (Philippino American) painting series are titled An Inventory of Traces. Each gradient is a vignette of an experience, place, or person. He attempts to commit important events in his life to memory via painting. He mined colour from memory, photos, interviews with immigrant artists and writers, and artefacts from his family. Paint mixed with either cold wax or pumice medium is swiped across the canvas to conceal extraneous possibilities and to limit sentimentality.

Sophia Chizuco was born and raised in the countryside of Japan surrounded by mountains, green tea fields, rice fields, a river, the Pacific Ocean and lots of sunshine. Influenced by organic materials and nature. She draws lines and shapes mimicking natural elements and life such as the wind, plants and the ocean. She draws circle shapes as energy flow, life, light, peace and spirit.

To see the full exhibition in high-definition, check out SFA Projects online: https://sfaprojects.com

More information about the artwork can be found at FLATFILE.gallery: https://flatfile.gallery/gallery-category/sentiment/