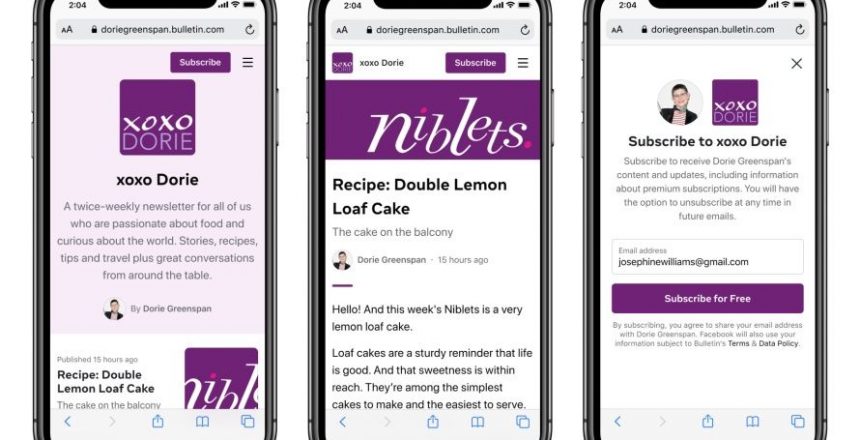 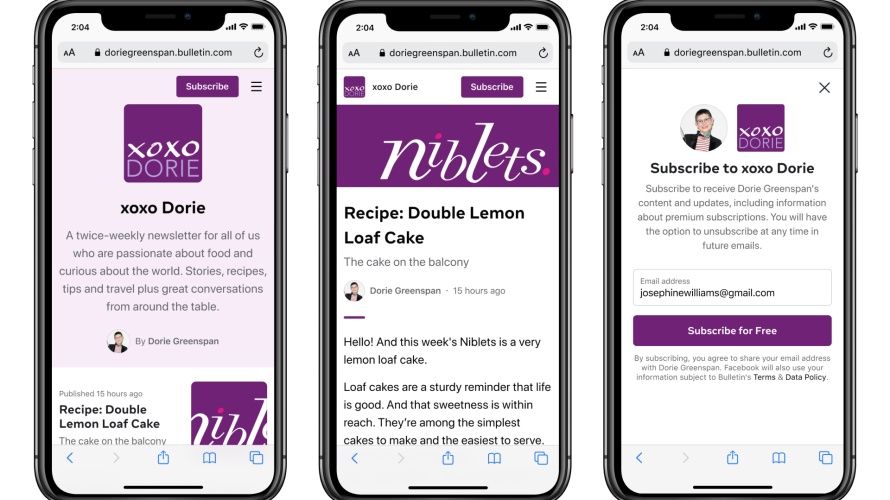 As established news outlets world over are finding the going tough, individual journalists and content writers, using the power of social media platforms, are, in themselves, becoming news brands. And there is a marked trend towards email newsletters by these individual journos and content creators.

Self-publishing platform Substack is a leader in helping writers sell email subscriptions, and has lured journalists with cash advances. Other companies are also competing in the field, including Twitter, which recently acquired the newsletter platform Revue.

And now Facebook has gotten into the bandwagon with its own new newsletter platform: Bulletin.

Bulletin will let writers to publish free and paid newsletters that can be posted to the web, mailed to subscribers, and, of course, shared across Facebook.

As is his wont these days, Facebook’s CEO Mark Zuckerberg took to his company’s Live Audio Rooms to announce the new platform.

Facebook not to take a fee cut from writers

“This is something that we’ve been working on for a while. The goal here across the company is to support people making a living doing creative work,” Zuckerberg said at the launch.

Bulletin has gone live with an initial list of the writers. It is evidently a small group, and Facebook has said that it would add many more in the coming days.

Bulletin will have a mix of free and paid content. Some articles will be freely available, while others will be behind a paywall, with paid subscribers getting access to premium features.

Facebook is not planning to take any fee from the writers. For the record, Substack charges a 10% fee of subscription revenue, while Revue takes a 5% cut.

As it happens, Facebook is said to be paying some writers for their participation.

To start off, Facebook is offering a multi-year licensing deal to give the chosen writers time to build a relationship with their readers.

“Through Bulletin, we want to support these creators, and unify our existing tools with something that could more directly support great writing and audio content — from podcasts to Live Audio Rooms — all in one place. We respect the work of writers and want to be clear that anyone who partners with us will have complete editorial independence,” Campbell Brown, VP, Global News Partnerships and Anthea Watson Strong, Product Manager, News, Facebook, said in a blog post.

Interestingly, Bulletin is not part of main Facebook app as the newsletter platform has its own website and branding. But it will use Facebook’s distribution tools. The newsletters will be integrated into the writer’s Facebook page.

Each creator on the platform will have a standalone website under their own brand, and they will be able to customize the color palette, logo and name of their publications, as well as customizing their articles with multimedia embeds and other styling options.

Facebook said the articles and podcasts would also be available through the Facebook News Feed and through Facebook’s News section.

To help writers keep discussions respectful, Bulletin will also offer comment moderation tools, like the ability for writers to control who can comment (such as paid subscribers only), and turn off comments.

This foray from Facebook is interesting considering its frosty relationship with the news industry. It, a few months ago, had a major run in with  with the Australian government over paying news outlets for content. Following the imbroglio, Facebook pledged to invest $1 billion in the news industry globally over the next three years.