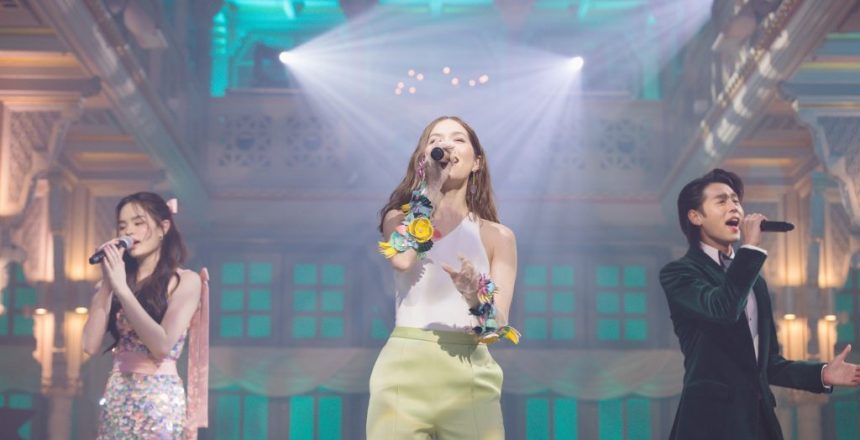 In a heartfelt opening sequence, Sawasdee Disney+ Hotstar started with Mickey Mouse and Minnie Mouse releasing twinkling lights that flew upwards and across Thailand, illuminating the facades of recognisable sights around the country before beaming into the heart of Bangkok. At ICONSIAM, against a stunning backdrop of the Chao Phraya River, hosts Shahkrit Yamnarm (Krit) and Kaneungnij Jaksamittanon (Rodmay) then introduced the launch of Disney+ Hotstar in Thailand and teased viewers with what to expect in a night of many firsts.  This included congratulatory messages to Thailand from Hollywood and Korean A-listers such as Tom Hiddleston, Anthony Mackie, Sebastian Stan, Gong Yoo and the cast of Raya and the Last Dragon.

The first musical performance of the evening was at the grand Phaya Thai Palace, providing a majestically ornate and enchanting setting for Violette Wautier, Billkin and Ally, who performed a magical medley of well-loved Disney classics. The performance opened on a poignant note by Ally, who sang Part of Your World (from The Little Mermaid) before Billkin launched into Beauty and the Beast (from Beauty and the Beast) with his signature vocal flair. Violette then performed a stirring rendition of Reflection (from Mulan), followed by the musical trio coming together to treat viewers to their powerful and emotive take on Into the Unknown (from Frozen 2).

This was the first time the Phaya Thai Palace had opened its doors for a music performance by local music powerhouses, underscoring how special and unprecedented the launch of Disney+ Hotstar in Thailand has been.

In the Grand Finale, music titans Palmy and Peck literally elevated the show to new heights by performing at the stratospheric MahaNakhon Bangkok SkyBar, the sweeping city skyline adding a radiant ambiance to their extraordinary performance. This was the first time Palmy and Peck have performed together, and they delivered a phenomenal set on a beautifully illuminated glass LED stage comprising a solo performance of Circle of Life (from The Lion King) by Palmy, a solo performance of Let It Go (from Frozen) by Peck and duetting together on Once Upon a Dream (from Sleeping Beauty and Maleficent) and A Whole New World (from Aladdin).

Winradit Kolasastraseni, General Manager, Direct-to-Consumer, for Taiwan, Hong Kong and Southeast Asia (excluding Indonesia) said, “[This] was indeed a night of many firsts, and truly worth celebrating together as Disney+ Hotstar launches in Thailand. We hope viewers enjoyed Sawasdee Disney+ Hotstar where the world-class entertainment on our service converged wonderfully with the breath-taking sights of Thailand and the enthralling performances by local music talents.”

Pratthana Leelapanang, Chief Consumer Business Officer at AIS said, “I am delighted to welcome Disney+ Hotstar to Thailand and hope that viewers all over Thailand enjoyed the show and performances of our homegrown artists this evening. As an official distributor of Disney+ Hotstar, we are excited to offer our customers special packages to start streaming their favourite films and shows.”

To find out more, AIS customers can dial *111 or visitwww.ais.th/disney.

Disney+ Hotstar offers an expansive selection of over 700 films and 14,000 episodes of global, Asian and Thai films and series. Subscribers can sign up on www.disneyplushotstar.com or download the Disney+ Hotstar app on Android and iOS devices to start streaming for THB799 for one year.