The 50 Most Beautiful Movie Locations In The World 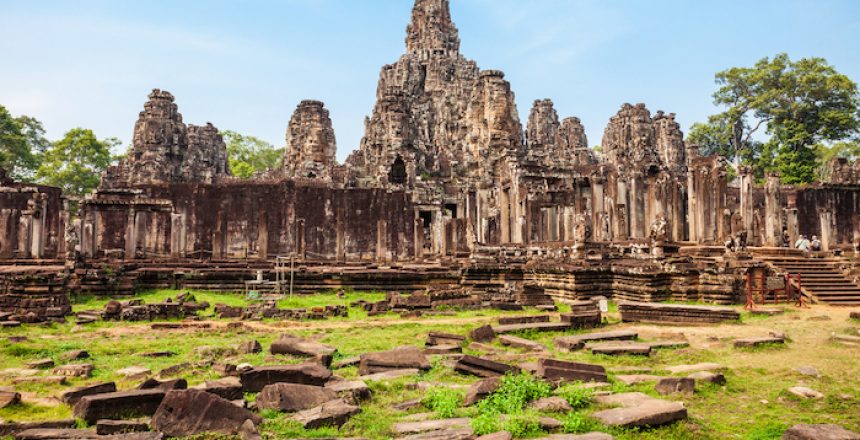 Maya Bay in Thailand, where The Beach was shot, was named the 7th most beautiful movie location in the world.

Global travel site Big 7 Travel has released its official list of “The 50 Most Beautiful Movie Locations In The World.” From the Australian outback to the lost city of Petra (which became world famous after appearing in Indiana Jones and The Last Crusade in 1989), we’ve rounded up the destinations most worthy of being on the big screen. Taking into account the “wow-factor” of the setting, its importance and impact on the scene, overall fame of the movie itself and unique features, these are the 10 most beautiful movie locations across the globe.

Angkor Wat was already having a bit of a moment in the early 200s, but then Anjelina Jolie started poking around as the infamous Lara Croft and the world couldn’t get enough. The Temple of Ta Prohm formed the mystical backdrop for the movie and is so synonymous with it that the 800–year–old landmark has been dubbed Tomb Raider Temple.

Movie: The Sound of Music

The hills are alive with much more than music in Salzburg. The Austrian city is bursting with medieval and baroque architecture, a clifftop fortress and the fast-flowing Salzach River. The real Von Trapp family actually did live here too, albeit not in that epic white mansion. Most of the hit musical was filmed in and around the city. More than 300,000 visitors head here every year to follow in Julie Andrews’ footsteps.

It’s over 10 years since Meryl Streep told us it’s a rich man’s world and Amanda Seyfried got to run around the beach with Dominic Cooper, but we’re all still harbouring fantasies about moving to a Greek island. Most of the movie was shot on Skiathos, as well as Skeplos.

The ancient city of Petra, carved into vivid red sandstone, was “lost” to the Western world for centuries. Once the capital of the Nabataean Empire between 400 B.C. and A.D 100, the city remained empty until the 1800s. It was declared a UNESCO World Heritage Site in 1985 and named one of the new Seven Wonders of the World in 2007. In Indiana Jones, the fictional Canyon of the Crescent Moon was modelled on the eastern entrance to Petra.

Vito Corleone famously came from a real village in Sicily called Corleone, but the charming village of Savoca stood in for it in the movie. Producers chose the location because it was relatively untouched and had fewer issues with the local mafia. With its russet-red buildings, citrus trees and cacti tumbling down the hillside we forget why he decided to leave.

Movie: Lord of the Rings

For Lord of the Rings fans, New Zealand has become synonymous with Middle Earth, and nowhere more so than Matamata. Alexander Farm, located in Matamata, served as the movie set for The Lord of the Rings trilogy. The site is located just two hours south of Auckland and is home to the Hobbiton Movie Set, which features over 44 hobbit holes, gardens and hedges, the double-arched bridge and the plunging Wairere Falls.

The Beach, the 2000 movie starring Leonardo di Caprio that inspired a million Gap Year trips to Thailand, put Maya Bay on the map. The idyllic bay, with its white sand and turquoise water, can only be accessed by anchoring a boat at Loh Samah, then walking through rocks and jungle.  In 2018 the bay closed to allow it to recover from damage caused by millions of tourists.

Some of the most violent and memorable scenes from The Hunger Games were filmed in DuPont State Forest. Its lush pine forests, craggy mountains and dramatic waterfalls made the perfect backdrop for the sci-fi hit. Head to Triple Falls and Bridal Veil Falls, where you should be able to find Katniss’ pond and the spot where Peeta camouflaged himself. You’ll might even spot the odd black bear and deer if you’re lucky too.

This tiny desert town in Morocco has been the setting for everything from The Mummy to Game of Thrones. But the most famous movie set here is undoubtedly Gladiator. Ridley Scott reimagined the stunning red desert fortified village as an ancient Roman city. In fact, it’s where Russell Crowe’s Maximus famously says: “Are you not entertained?”

The 100-foot (30.5-metre) viaduct has been immortalised by the Harry Potter movies. Nothing quite captures the excitement of the start of a new term (Harry Potter movie) like a shot of the Jacobite steam train rolling across Scotland to Hogwarts School of Witchcraft and Wizardry. You can also spot it in Harry Potter and the Chamber of Secrets, where Harry and Ron manage to land the flying Ford Anglia on the tracks.

For the full list of the World’s Most Beautiful Movie Locations, please see here.