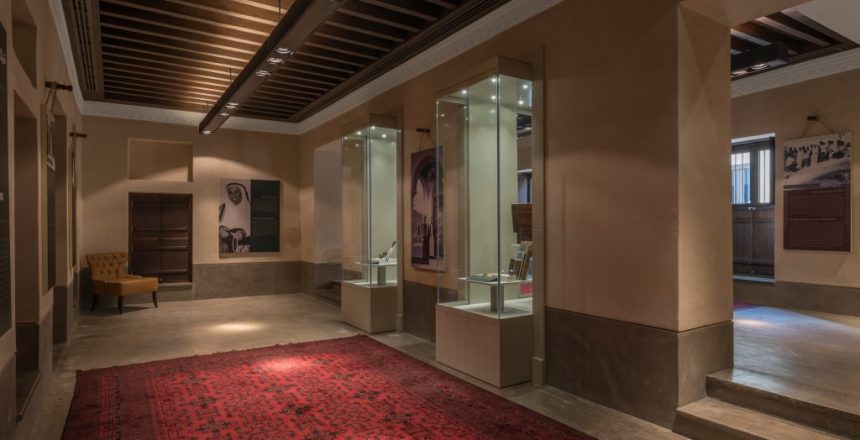 Lobby displays can constitute an eye-catching and intriguing welcome for guests the moment they step through the doors. In Asia, many 5-star hotels offer these types of visual feasts.

Artists like to exhibit their work in 5-star hotels. They’re usually spacious and well-lit, host an affluent clientele, and are experts at catering to the public. Hotel owners also like to invest in artwork, and their lobby displays can constitute an eye-catching and intriguing welcome for guests the moment they step through the doors. Here are a few luxury hotels that create a visual feast for their guests:

Al Bait Sharjah. Plenty of hotels have museum-worthy exhibits and some are so enamoured of their heritage, they liken the entire premises to a museum. But the Al Bait has actually opened its own, purpose-built museum. In two generous galleries, the museum tells the story of Ibrahim Bin Mohammed Al Midfa, who lived in one of the four old homes that form the foundation of the new resort. Images picture Al Midfa and his family and tell how they accrued wealth from the pearl trade and rose to prominence in the government. Glass display cases exhibit artefacts from his life, from a replica of the dagger he wore at ceremonies to the pens he used to compose poetry to books from his library. Another exhibit memorialises the location of the post office that stood on this site. In another room, the door to Al Midfa’s original home stands against a far wall, no longer providing egress to any actual place but to an imagination of the past.

Tanah Gajah, A Resort by Hadiprana. Tanah Gajah Ubud was built as the private estate of noted Indonesian designer Hendra Hadiprana back in the ‘80s and repurposed as a resort in 2004. The property is an artistic tour de force in itself, as it still houses the bulk of the late Hadiprana’s private collection. The collection was built up over three decades and features dozens of Ganesh statues (either found or commissioned by the former owner), vases from the 16 and 17th centuries collected throughout Asia, and an impressive collection of over 100 paintings from Indonesian artists. Statues of elephants and other Hindu deities command plinths all about the grounds, cultivating an atmosphere that is at once spiritual and artistic.

Azerai La Residence, Hue. In Vietnam’s former imperial capital, the 122-room Azerai La Residence, Hue this year is marking the 90th anniversary of the original mansion at the heart of the hotel. The historic property, part of Adrian Zecha’s Azerai Resorts portfolio, is also home to its own art gallery featuring paintings of all 13 emperors from the Nguyen Dynasty, which ruled Hue during its period as the country’s imperial capital from 1802 to 1945. The gallery is believed to be the only place in Vietnam where portraits of all 13 emperors can be viewed in one place. Hue is a city that is steeped in history, and Azerai La Residence, Hue is located just across the Perfume River from many of the area’s most popular historic attractions, including the Hue Citadel and the city’s iconic flagpole.

Laguna Lang Co, Vietnam. A commitment to Vietnamese arts is strong at Laguna Lang Co, the Southeast Asian nation’s most far-reaching integrated resort. Throughout the rooms and the public areas at the project’s award-winning hotels—Banyan Tree Lang Co and Angsana Lang Co—guests will find images by photographers depicting local life in Central Vietnam as well as artworks inspired by the area. In addition to these, the resort has not one but two galleries dedicated to showcasing the arts and crafts of the area. At Banyan Tree Gallery browsers will find everything from traditional Vietnamese crafts and furnishings to objets d’art and ethnic apparel. At Angsana Gallery, meanwhile, the range of arty artefacts spans locally-crafted baskets and lanterns as well as handcrafted ceramic burners.

Alma Resort, Cam Ranh. Alma ushers talented artists on to its grounds to craft portraits of guests and teach painting classes, as well as hosts artists-in-residence programs in a bid to make art “more accessible” to travellers. The 30-hectare resort welcomes local artists to create individual and family portraits of guests, who choose between a black and white or full colour portrait to take home as a memento of their holiday. Artists including painters Bui Van Quang, Ngo Dang Hiep and Le Huynh, who are renowned for their paintings depicting the daily lives of Vietnamese people through use of the country’s rich and vivid colours, also impart tips on how to paint during classes for children and adults at the resort’s Art Workshop space. As part of Alma’s artists-in-residence programs, artists interact with guests and create artwork before their eyes and showcase their works at the Alma Lounge.

Sofitel Legend Metropole Hanoi. Guests are invited to experience the hotel’s storied past in the “Path of History” tour, offered twice daily at 5pm and 6pm. Led by a hotel historian, the tour includes a look at classic artefacts from the Metropole Hanoi, including photographs of famous guests (such as Charlie Chaplin and US President Bill Clinton, among others), as well as items like vintage room keys from the hotel that date back more than 100 years. For many, the highlight of the tour is a visit to the hotel’s bomb shelter, which protected famous visitors like Joan Baez and Jane Fonda from air raids during the US-Vietnam War. The bunker was closed and sealed after the war, before being rediscovered during the renovation of the Bamboo Bar in 2011.

Meliá Koh Samui. Meliá Koh Samui is home to The Gallery, situated in the lobby, a not-for-profit social enterprise designed to help improve the lives of Thai communities. The Gallery sells home décor items such as ceramics and wooden model boats, as well as accessories such as handbags, wallets, and silks, made by Thai artists and designers. All profits are used to support further artistic endeavours as well as preserve and promote local culture and areas in need. Meliá Koh Samui is adorned with compelling artworks, including striking art installations of boats in the foyer that appear to float on the floor’s surface as well as large blue abstract artworks that reference the resort’s beachfront.