5 best offerings, including Navarasa, on Indian OTT platforms this week Arvind Swami in one of the anthologies in Navarasa on Netflix. 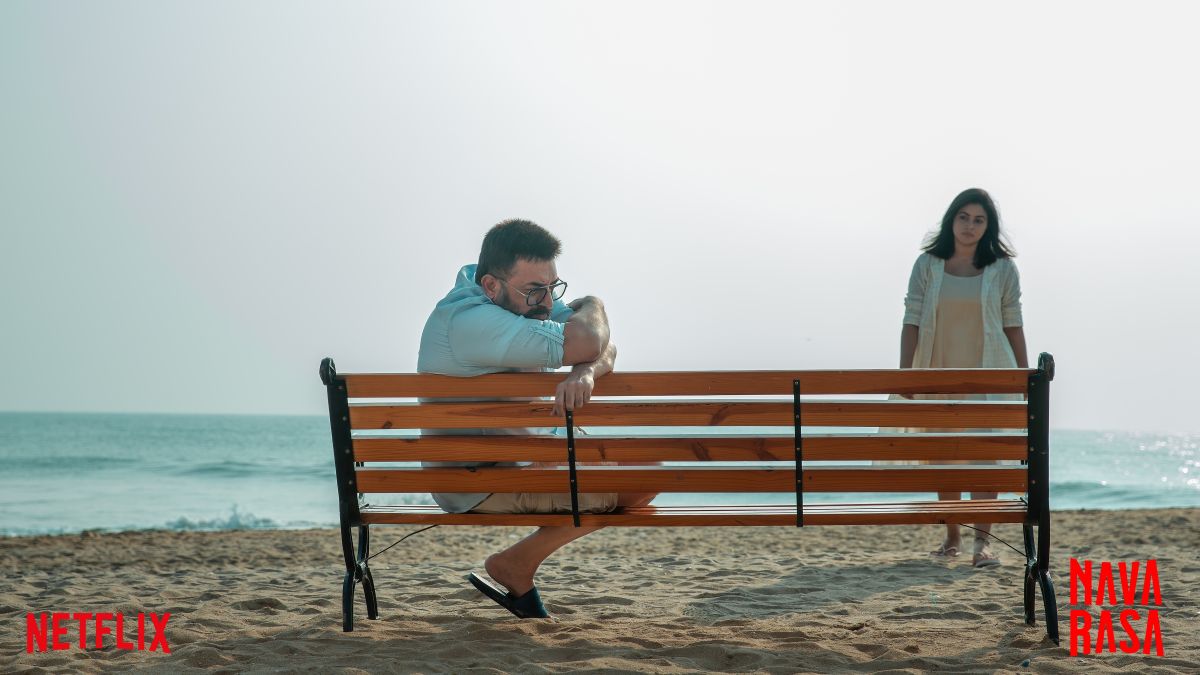 Olympics fever heightens before its culmination later this week, and India and England lock horns in another high-octane Test match series. But amidst all this there is considerable interest in new OTT releases this week. Of course, the most talked of is Navarasa, the nine story anthology that has the best of Tamil industry in attendance.

Aside from it, in our weekly recommendation list, we have the Kannada crime thriller Shuddhi. Then there is another suspense movie in Hindi, Dial 100. The comedy caper Chiri is Malayalam and the Telugu version of the much-celebrated Tamil movie Super Deluxe are all big and new attractions this week.

Synopsis: To be sure, this film was released in theatres in 2017. On OTT platforms too it had its run. Now it is having a fresh lease of life on Nee Stream. And for all those missed it out on the previous occasions, this is certainly worth checking it out.

It is the story of an American girl’s spiritual journey in India, after she befriends two female journalists who are fighting against the country’s lenient Juvenile Justice Act. The stories take off with two police officers stumbling upon mysterious killings while investigating cases.

The film managed to shock its audiences during its release. The visuals were much talked about, and film is among the best to come out of the Kannada industry in recent times.

Synopsis:  This much-delayed film (due to the lockdown) is a comedy caper involving a bunch of youngsters and a wedding. Of course, the title Chiri (laugh) wouldn’t leave any doubt about its intentions or ingredients.

A problematic wedding runs into bigger problems after a troublesome man to a group of friends lands at the marriage venue.  It is situational comedy and verbals jokes on human errors and foibles.

The film is told in a non-linear format, switching back and forth between the present and past.

Chiri was to have had a theatrical release, but opted for an OTT premiere considering the number of pending Malayalam films.

Synopsis: It features tow of the finest actors who are so popular with the OTT platform audiences. Manoj Bajpayee and Neena Gupta. And it is a thriller. Manoj Bajpayee plays the role of an emergency call operator. The story takes off with a call that changes entire scheme of things. Neena Gupta is the one who makes the call. Professional and personal life starts to mix as his wife and their son are the hostages.

The kidnapper is troubled as she has lost her child. She believes that the  the call operator is the one responsible for her personal tragedy. The  plot seems similar to Halle Berry’s 2013 physiological thriller The Call.

Manoj Bajpayee has been quoted as saying that “It’s a unique film with lots of twists and turns which will engage the audience till the end.”

Mani Ratnam and Jayendra Panchapakesan were quoted as saying: “Emotions are part of every day of our life and yet some of these can change the course of our lives. This is what makes Navarasa interesting. Though at most times there are more than one emotion in play, often it is one that takes control of our mind and soul and spurs us into action. Navarasa is a collection of nine stories born out of nine such emotions. Some of these pivot in a moment. Some take shape from deep rooted feelings. Navarasa showcases them all.”

The cast is huge, and among the best in Tamil film industry.

The nine stories and their titles and emotions are:

Synopsis: There have been goofy, odd-ball comedies in India. But none is zanier and madder than this Tamil movie now available in Telugu through dubbing. The director Thiagarajan Kumararaja is sui generis. His first Tamil movie Aaranya Kaandam was equally off-beat with a mischievous and mirthful heart. If anything, Super Deluxe is even more ‘noirish’.

The cast which includes Fahadh Faasil, Vijay Sethupathy and Samantha Akkineni, among others, are a riot in this film as it defies all kinds of established story-telling. Vijay Sethupathi won the National Award for the Best Supporting Actor for ‘Super Deluxe’.

The film  delves deeper into the darker side of human mind, without being judgmental about the characters. The story questions the concept of morality, and how humans derive their own boundaries. It makes a comment about chaos theory and how meaningless life is. Heck, forget this, just go and watch the film.