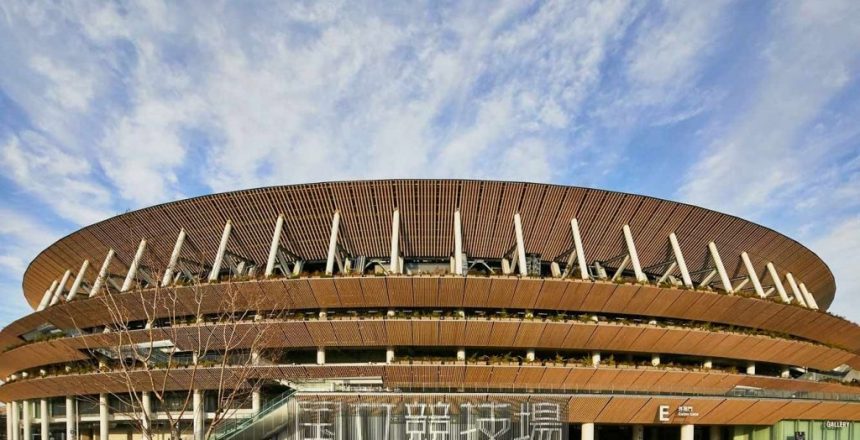 After many years of waiting, Japan has succeeded in hosting the Tokyo 2020 Olympic Games. The design elements of the Games were carefully curated and lived up to their billing as the most innovative in Olympic history.

Hosting the Olympic Games is not new to Japan.

More than half a century later, and after a few postponements, the Tokyo 2020 Olympic Games finally began on July 23, 2021, with the opening ceremony at the new National Stadium, Tokyo, which is called “Olympic Stadium” during the Games.

The Games’ motto is “United by Emotion.” This is a timely message with the COVID-19 crisis casting a shadow all over the world since last year. The Games’ motto captured the essence of the ideas and concepts that the Tokyo 2020 Games wishes to share with the world. The overarching theme for both the opening and closing ceremonies at the Olympic and Paralympic Games is “Moving Forwards.”

“It is an invaluable treasure that Tokyo 2020 believes has the power to unite the world through emotion, even if we are apart, speak different languages, or come from different cultures,” the Games’ organising team said.

Desperate times call for innovative measures. Under difficult circumstances, preparation for the Games called for excellent design and sustainability measures. The Tokyo 2020 Games were designed to be the most innovative in the history of the Olympics. Every element was thoroughly thought through. We highlight here a few examples.

The Olympic Stadium was designed by the architect Kengo Kuma.

Constructed by the Taisei Corporation. The construction began in December 2016 and concluded in 2019. The inauguration took place on December 21, 2019.

The Japan National Stadium, officially named National Stadium, is multi-purpose. The stadium serves as the main stadium for the opening and closing ceremonies, as well as the venue for track and field athletics events at the 2020 Summer Olympics and Paralympics.

The major component of the stadium structure is timber. All of it was sourced from Japan to reduce environmental impact. Many of the wooden elements are in modular form, which can be replaced when the timber deteriorates. The certified wood was sourced from all 47 prefectures of Japan, following a tradition started by the Meiji Shrine. The eaves design was inspired by the Hōryū-Ji and incorporate air spaces that make use of the prevailing wind conditions to ventilate the interior space. Part of the roof incorporates transparent solar panels. Rainwater is collected in underground cisterns and is used to irrigate the arena turf as well as the numerous plants on the top storey promenade. Accessibility is a concern, there are more than 450 places for wheelchair users.

In Japan, the chequered pattern was known as “ichimatsu moyo” in the Edo period (1603-1867), and this chequered design in the traditional Japanese colour of indigo blue expresses a refined elegance and sophistication that exemplifies Japan. Composed of three varieties of rectangular shapes, the design represents different countries, cultures and ways of thinking. It incorporates the message of “Unity in Diversity.” It also expresses the fact that the Olympic and Paralympic Games seek to promote diversity as a platform to connect the world.

The medals resemble rough stones that have been polished and now shine, with “light” and “brilliance.” The medals collect and reflect myriad patterns of light, symbolising the energy of the athletes and those who support them. The design is intended to symbolise diversity and represent a world where people who compete in sports and exhibit work hard are honoured. The brilliance of the medals signifies the warm glow of friendship symbolising people all over the world holding hands.

The ribbons employ the traditional Japanese design motifs found in ichimatsu moyo (harmonised chequered patterns) and kasane no irome (traditional kimono layering techniques) in a modern presentation. The ribbon is designed to be a reflection of Japan itself and the way the country demonstrates “Unity in Diversity.” The design also promotes the Tokyo 2020 brand vision of “Innovation from harmony.” Silicone convex lines are applied on the surface of the ribbon so that anyone can recognise the type of medal (gold, silver, or bronze) simply by touching it. Chemically recycled polyester fibres that produce less CO2 during their manufacturing process are used. These allow the ribbons to incorporate the Tokyo 2020 core graphic colours and to be extremely durable at the same time.

The case is inspired by the Tokyo 2020 Games emblem. Each case pays tribute to the Olympians who have reached the pinnacle of athletic achievement. Japanese craftsmen have carefully created the cases with a blend of traditional and modern techniques. Each medal case is distinct and has its own wood fibre pattern subtly infused into the design.

Designed by Asao Tokolo, who also designed the Tokyo 2020 emblems.

The podium is made of recycled plastic, the first of its kind in Olympic and Paralympic history. The general public participated in a project to collect used plastic and plastic marine debris, which were recycled to produce the podium. The design embodies the “diversity and inclusion” message embedded in the emblem. The chequered ‘ichimatsu moyo’ pattern is arranged three-dimensionally on the sides of the podium, symbolising today’s Japan through the transformation of the traditional Japanese design into a modern geometrical style. The design and its colour, with the traditional indigo dye, express the unique image of Japan that Tokyo 2020 wishes to convey to the world.

Professor Hiroya Tanaka of Keio University helped transform the design into a model made of recycled plastic using a 3D printer, demonstrating the advanced technological capabilities of Japan. Aluminum waste from the temporary housing units built for families affected by the Great East Japan Earthquake in 2011 was used as the material to express the Olympic and Paralympic symbols, in collaboration with Tokyo 2020 Gold Partner, LIXIL Corporation.

Designed and created by the Nippon Flower Council for both the Olympic and Paralympic Games.

At the awards ceremony, athletes are presented with prize medals and a victory bouquet. Five thousand carefully designed victory bouquets were created for Tokyo 2020. Included in the bouquet are the Olympic and Paralympic mascots. The flowers used for the bouquets for Tokyo 2020 are grown mainly in areas affected by the Great East Japan Earthquake in 2011. Special attention is also given to the arrangement of the flowers and to their lasting effect. The flowers are arranged in a balanced way so the bouquet looks beautiful from every angle.

The flowers used for the victory bouquet are Eustomas and Solomon’s seals from Fukushima, Sunflowers from Miyagi, Gentians from Iwate, and Aspidistras from Tokyo. The three flowers were specially chosen for the special meaning they represent to the disaster-affected areas, reflecting people’s prayers for recovery.

The Olympic Cauldron was created by Oki Sato of design studio NENDO.

Developed under the concept “All gather under the sun, all are equal, and all receive energy” by Mansai Nomura, the Chief Executive Creative Director of the planning team for the Opening and Closing Ceremonies at the Tokyo 2020 Olympics and Paralympics.

According to the design studio, the cauldron has a spherical form that recalls the sun – but also a volleyball. The spherical form consists of upper and lower hemispheres each with five panels representing the Olympic rings. At the end of the opening ceremony, the cauldron “blossomed” to welcome the torchbearer for Tokyo 2020, tennis player Naomi Osaka. This expressed not only the sun itself, but also the energy and vitality that can be obtained from it, such as plants sprouting, flowers blooming, and hands opening wide toward the sky.

Hydrogen energy fuels the Tokyo 2020 Olympic flames. The hydrogen was created through the electrolysis of water using solar power from a facility in Fukushima Prefecture, which is recovering from the 2011 Great East Japan Earthquake. For the first time in Olympic history, hydrogen was used instead of propane. However, hydrogen burns with an invisible, colourless flame. Therefore sodium carbonate was sprayed into the hydrogen to create the visible yellow Olympic flame.

Tokyo 2020 set the sustainability concept of the Games as “Be better, together – For the planet and the people.”

The use of hydrogen for the 2020 Olympic flame, which burns without producing greenhouse gas emissions, was one of several initiatives to reduce the environmental impact of the Tokyo 2020 Olympic Games.

The majority of venues that hosted the events already exist, including several venues built for the previous Tokyo 1964 Olympic Games, such as Yoyogi National Gymnasium designed by Kenzo Tange, and Nippon Budokan which hosted the Olympic debut of karate in the 2020 Summer Olympics.

These are only a few examples of how the Tokyo 2020 Olympic Games were designed to achieve the goal of the most innovative Games in Olympic history. To learn more, please visit: https://olympics.com/tokyo-2020/en/

PHOTO CREDIT: © 2020 – The Tokyo Organising Committee of the Olympic and Paralympic Games. All rights reserved.