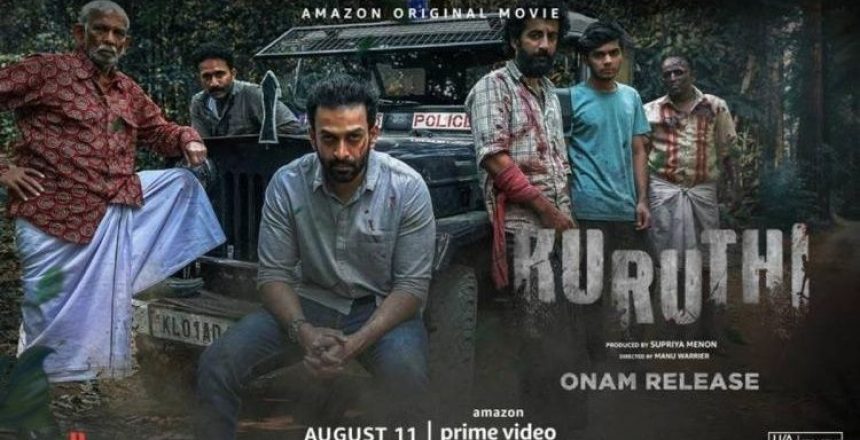 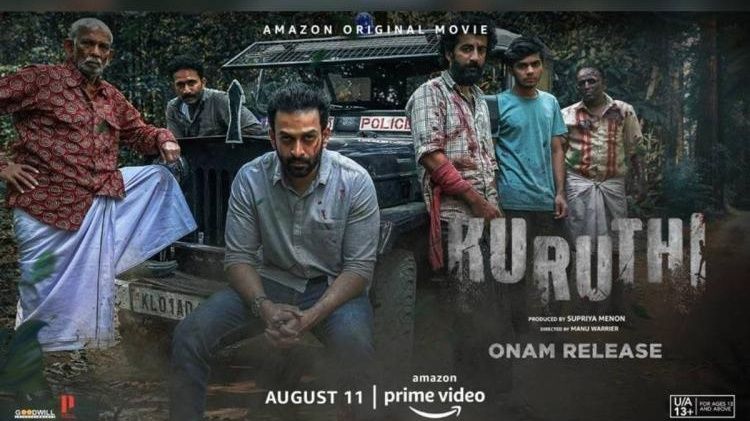 Malayalam star Prithviraj Sukumaran recently said in an interview to news18.com that “Malayalam cinema is now no longer just for Malayalis.” And the articulate star was spot on with his observation.

Malayalam movies, which used to be niche, have now a pan-Indian appeal. Thanks to its smart filmmakers and actors, who have adapted themselves adroitly to the OTT audiences, Malayalam movies these days kick up a huge buzz all across the country ahead of their release.

Prithviraj’s Kuruthi, which is set to stream on August 11, is no different.

Any Malayalam movie releasing for Onam — the biggest festival of Kerala — carries an extra cachet of prestige.

But even otherwise, Kuruthi would have made people to sit up and take notice. For it features some of the best talents in Malayalam industry. Aside from Prithviraj, Kuruthi directed by Manu Warrier, also has actors Roshan Mathew, Shine Tom Chacko, Srindaa and Murali Gopy.

Interestingly, this is a home movie for Prithviraj as it is produced by his wife Supriya Menon.

Like Prithviraj’s previous release Cold Case, the new movie too is a straight-on-the-OTT release. As a matter of fact, it seems the Malayalam movie industry seems to have made peace itself with OTT releases better than other language movie industries whose stars still seem more hung up on theatrical launches.

Be it its biggest star Mohana Lal (Drishyam-2) or the current hot favourites like Prithviraj, Fahadh Faasil and Kunchacko Boban, all have tested the waters of streaming platforms directly. This shows the industry’s ability to quickly embrace change. A much-needed quality in our flux-filled times.

Anyway, coming back to Kuruthi, the trailer dropped a few days ago, and it has wowed all with its raw, in-your-face spirit. Bollywood star director and producer Karan Johar was one of them.

Kuruthi to stream on Amazon Prime Video from Aug 11

Kuruthi, going by the trailer, has given primacy to a dark feel.  Apparently the film, which is touted as a crime drama, has been shot mostly in the night. Director Manu Warrier has been quoted as saying: “The story of the film revolves around a chain of incidents that unfold one fateful night. We have shot a major part of the film during the night to complement the storyline and the plot.”

The story is apparently about how human relations struggle to survive trials of hatred and prejudice.

Prithviraj says that his home productions make it a point to bankroll films that stand out for content, not for anything else.

Like his previous movie, Kuruthi will stream on Amazon Prime Video from August 11.

Amazon Prime Video, ever since it amped up its India content, has had good success. Its recent web series The Family Man -Season 2 and the Vidya Balan starrer Sherni are blockbusters, to use a mainstream description.  Drishyam 2, Fahadh Faasil starrer Joji and the Tamil movie Master were among its earlier successes.

But going by previous experiences with regard to Amazon Prime Video, the film may drop in ahead of its appointed time.

None of the fans would complain to that.