Craft Beer in the Time of COVID 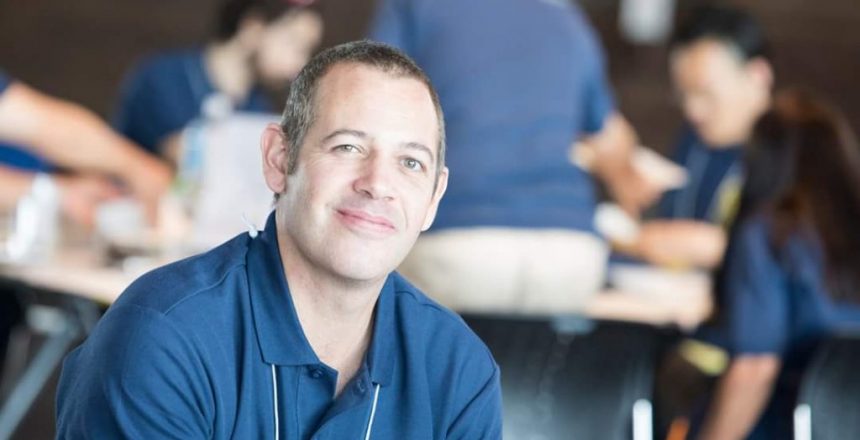 Lockdowns might have quieted the party, but Bangkok’s craft beer aficionados are still thirsty. A Q&A with Beervana’s Brian Bartusch.

Brian Bartusch is an American expat who has been living in Thailand for 15 years. As co-founder of Beervana.Asia, he has focused on bringing the best craft beers from around the world to share with the thirsty drinkers of Thailand. He is also a home-brewer and an internationally recognised beer judge. You can usually find him lifting a pint at one of the many fine craft establishments around Bangkok.

We recently caught up with Bartusch to discuss the state of Thailand’s craft beer scene amid the pandemic.

Bars remain shut in Bangkok. What are the best ways for people to satisfy their craft beer fix at home these days?

There are several good options, including the Beervana Craft Beer Club, delivering direct to consumers with bottles, cans, growlers and 3L kegs. You’ll also find that many dedicated craft bars have stayed open for delivery, places like Mikkeller, Duke of Beerington, O’glee, and Craft Intersect are all sending orders out if you contact them directly.

Is Beervana still bringing in new beers? What are the latest? Any “must-tries”?

Of course we’ve slowed down a bit but we’re always bringing in new beers! Some of the best new ones are from Great Notion, an amazingly fun brewery in Portland, OR. They specialise in “culinary inspired” brews and their Double Blueberry Shake is crazy good. Equally delicious is the Ruekeller Helles from The Bruery in SolCal; it’s a classic Helles lager that is simple perfection and incredibly refreshing.

If you were organising a craft beer tasting to introduce people to craft beer, what five or six beers would you select and why?

We’ve been having a lot of fun with online tastings and usually we’ll go with a basic flight of styles with something more unique or extreme thrown in for fun. Based on current stock a tasting of six styles would look something like this:

The really exciting news is that we’ll be bringing the brewing back home to Thailand for both Whale and Raven as we’ve found a local brewery that can meet our quality requirements. You’ll most likely see these beers available in cans as well as a new hazy version of Whale that we’ve been playing with.  We’re also going to collaborate with four local home brewers, such as the infamous politician/brewer Tao Piphop, to bring some of their brews into production.

What is unique about local tastes for craft beers? Which types of craft beers pair best with Thai cuisine?

It’s been really fun to see the reactions of Thais to the intense flavours of craft beer. They’ve been long conditioned to drink lagers so it’s often a nice surprise when they try a chocolate stout or a fruity dank IPA. In a very general sense, they seem to prefer the sweeter side of the scale and many find the average IPA too bitter. For pairing with spicy Thai dishes you can never go wrong with a nice crisp craft lager like Dreamland, but we’ve also found that full body and bittersweet beers like Dead Guy Ale go great with grilled dishes or a spicy nam tok salad.

Craft beer is still on the ascent, especially in Asia. What are some exciting developments you’re seeing in this movement regionally?

Beyond the local contract facility it’s exciting to see new breweries popping up around Cambodia, Singapore and Vietnam as well as in Indonesia and the Philippines. Beervana has traditionally been focused on imported beer, but it’s awesome to finally also represent local brews in not only Thailand  but Vietnam and Indonesia as well.

Bangkok was booming in craft beer venues pre-COVID. How do you think the city’s beer landscape is going to look once things open up again?

It will definitely take some time to get back to where we were before. Sadly many venues have permanently closed. But I know people are ready to come back to Thailand and we’ll see a huge boost to the local economy when tourism returns. Ultimately I’m confident in the social nature of human beings and know that we’re all ready to celebrate going out to enjoy a drink with friends, hopefully sooner than later.