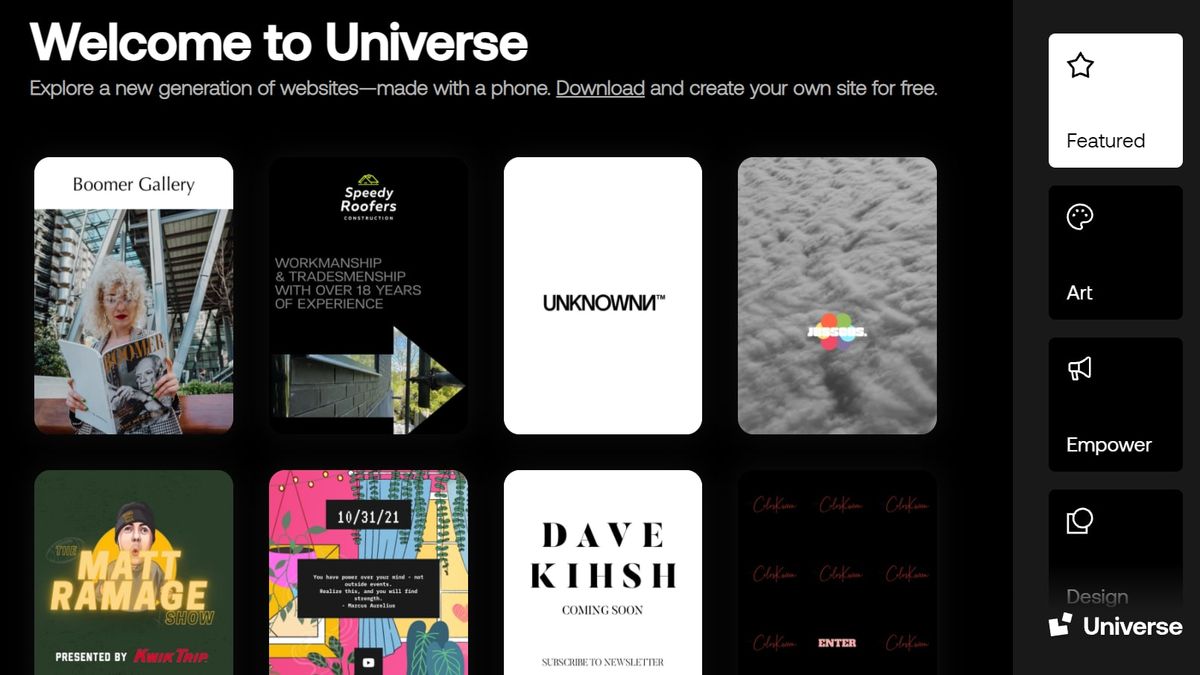 In a bid to make a name for itself against the likes of Wix or Squarespace, Universe, a website builder and commerce platform built for mobile devices has announced a raft of updates to its GRID system.

The company said the updated feature on its website building mobile app is “as simple as putting Lego-like building blocks together”.

The new update, GRID II, will be launched in stages over the next month, providing Universe customers with a no-code creation and commerce tool.

What is the GRID?

Universe’s GRID is the main element of the company’s website building app, and is a gesture-based interface that allows users to build a site by tapping, dragging, and pinching building blocks.

The GRID II update includes additional features to the Universe app that will help users customize their websites, including stores and product offerings as well as new website themes and a redesigned creative control offering.

As well as a new style kit, Universe introduced layers, a new feature set that aims to redefine how users create compositions and design websites on the GRID. Website creators will be able to layer blocks on top of each other, stack and arrange their order in the app.

“If you wanted to use a computer in 1980, you needed to know how to code. The advent of graphical user interfaces allowed anyone to use a computer. The Universe GRID is a GUI for creating the internet: now anyone who uses the internet can create it,” said Joseph Cohen, founder and CEO of Universe.

“The internet is humankind’s greatest invention – a constantly evolving web of our art, ideas, hopes, dreams, fears, and experiences. It has the promise to reflect all of us.”

Ryan Poolos, Universe’s Chief Technology Officer and Product Lead, echoed Cohen by stating that this is a level-up moment for the GRID as a platform.

“We’re introducing and designing these features together to create a seamless platform for expression. Users will be able to build so much more with this new platform and from a technical standpoint, we’re also laying a new foundation for even more platform extensions in the future,” Poolos added.

“It’s been a full team effort to plan, design, and engineer a platform extension that is powerful, remains simple, and is opt-in only for all existing sites. I’ve never been more excited about the future of the GRID.”