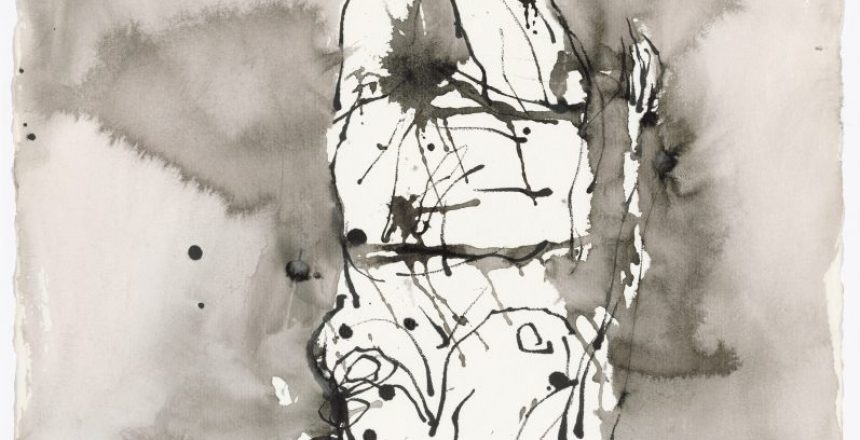 With five gallery spaces in London, Paris, and Salzburg; Thaddaeus Ropac now opens a new gallery in Seoul, Korea with an exhibition of new works by Georg Baselitz, whose historic connection with the city dates back to his first institutional solo exhibition in Korea at the National Museum of Modern and Contemporary Art in 2007.

On view for the first time, the twelve paintings and twelve drawings were created specifically with the opening of the new gallery space in Seoul in mind. One of the most important artists of our time, Baselitz shaped a new identity for German art in the second half of the 20th century and has had a profound influence on international art since 1960. The exhibition will coincide with the opening of the artist’s largest retrospective to date, at the Centre Pompidou, Paris.

“Despite the wanderings of missionaries, images have remained different in the world. But in Korea and in Germany, people tell each other similar tales. The art here and there are two great monuments. Quite incomparable, but magnificent. Today, pictures are faster than airplanes, and that is very exciting”.

With a unique and distinctive artistic vocabulary, Baselitz has continually renewed his practice through formal developments. In his works, the artist revisits motifs from his own extensive oeuvre, while integrating subtle references to art history that offer a reflection on the significance of painting itself. In his new series of large-scale canvases, Baselitz devotes himself to the motif of his wife Elke, whose image has occupied a prominent position in the development of his practice for over 50 years.

The new works show the multipartite figure of Elke, abstracted yet sensuous, suspended in isolation in an undefined space. Baselitz abstracts and defamiliarises his subject, yet the representation preserves the composition’s expressiveness. In order to empty the form of its content, the artist has been inverting his compositions since 1969, thereby revolutionising a medium that was regarded as conventional. Through this novel format, his works navigate between abstraction and figuration. When painting Elke, this gesture also serves to disrupt any harmony or beauty that was likely to seep into the portrayal of a figure so familiar to him.

In his choice of the exhibition title ‘Hotel garni’ – the French name for a low-cost category of the hotel – Baselitz references the scene of Pablo Picasso’s Les Demoiselles d’Avignon through a characteristically humorous chain of associations. He is playful with words while summoning the confrontational composition and unconventional femininity of one of the greatest artistic achievements of his historic forebear. Not for the first time does his choice of title invoke Picasso, who is also referenced in Baselitz’s celebrated Avignon series, shown at the 2015 Venice Biennale.

As early as the 1960s, during the course of his visits to Paris, he saw the works of Pablo Picasso, as well as those by Jean Fautrier, Jean Dubuffet, Eugène Leroy, and Wols – works imbued with existentialism that has impacted his own approach.

The material aesthetics of these artists have continued to influence Baselitz’s practice ever since. In his most recent works, Elke’s dominating physical presence is presented to the viewer through the transfer of colour, introducing an element of chance into his compositions. This technique evokes associations with Andy Warhol’s series of Rorschach paintings and Blotted Line Drawings, while subtly alluding to German Expressionism, French Art Informel, and the freedom of American abstract painting.

In recent works that feature Elke, Baselitz introduces existentialist connotations, while engaging in the struggle of representation, the inescapability of subjectivity, and the representation of the self through a significant other. The artist comments: “I have always struggled with the fact that something hinders me in my paintings. What has always hindered me – and that has now improved significantly – is the so-called ‘existential’. The fact that there is something within me that occupies me and that I cannot eliminate from the pictures. I’ve been trying to get out of this for a long time. 60 years now. And for the last 20 years, I must say, I’ve been quite successful. Eventually, it all worked out”.

Born Hans-Georg Kern in Deutschbaselitz, Saxony in 1938, the artist initially attended at the Hochschule für Bildende Künste in East Berlin before being expelled for ‘socio-political immaturity’ and completed his studies in West Berlin from 1957–1963. It was during this time that he adopted the name of his hometown. His first solo exhibition at Galerie Werner & Katz in Berlin sparked a scandal and several paintings were confiscated by the authorities amid accusations of public indecency. Rebelling against the dominance of abstract painting, his resolutely figurative works often incorporated shocking imagery intended to provoke a strong response in the viewer.

Baselitz’s work is represented in the collections of the most important public institutions worldwide, including the National Museum of Modern and Contemporary Art, Seoul; Centre Pompidou, Paris; Nationalgalerie, Berlin; Stedelijk Museum, Amsterdam; The Museum of Modern Art, New York; and Tate, UK, among many others. A retrospective of his sculptures was held at the Musée d’Art Moderne de Paris (2011–12). His Heldenbilder (Hero Paintings) and Neue Typen (New Types) were shown at the Städel Museum, Frankfurt (2016), travelling to the Moderna Museet, Stockholm; Palazzo delle Esposizioni, Rome; and Guggenheim Bilbao. To mark the artist’s 80th birthday in 2018, comprehensive solo exhibitions were held at the Fondation Beyeler, Basel; Hirshhorn Museum, Washington, D.C.; and Musée Unterlinden, Colmar, France. In 2019, he was elected to the Académie des Beaux-Arts in Paris and became the first living artist to have an exhibition at the Gallerie dell’Accademia, Venice.

Thaddaeus Ropac and the gallery’s artists have a longstanding history with Korea. In addition to Georg Baselitz’s exhibition at the National Museum of Modern and Contemporary Art (MMCA), Korea in 2007, the gallery began representing Lee Bul that same year. Since then, our artists have held important institutional shows in Korea: in 1997 Tony Cragg exhibited at the MMCA, Gwacheon; in 2018 Marcel Duchamp: The Essential Duchamp and Harun Farocki: What Ought to Be Done? Work and Life were both shown at the MMCA, Seoul, while Alex Katz: Models & Dancers was presented at the Lotte Museum of Art; and the Busan Museum of Art presented Antony Gormley: FEEL last year (2019–20).

The gallery represents over 60 artists, including the world-renowned Georg Baselitz, Anselm Kiefer, Gilbert & George, Adrian Ghenie, Antony Gormley, Robert Longo, Elizabeth Peyton, and Daniel Richter. The gallery also works with major artists’ estates, including the Judd Foundation, the Robert Rauschenberg Foundation, the Robert Mapplethorpe Foundation, and the Joseph Beuys Estate, building on the legacies of artists who have shaped the landscape of contemporary art.

With five gallery spaces across Europe and operating on a global level, the gallery was founded in 1983 in Salzburg with a strong focus on American art, especially Andy Warhol and Jean-Michel Basquiat after Thaddaeus Ropac himself developed personal relationships with the artists while living in New York.

Each year the gallery holds around 40 exhibitions, a combination of solo and group shows, each of which is curated in conversation with the distinctive character of the different spaces. The gallery’s role extends to curatorial work, working alongside major public institutions as well as advising private and corporate collections. It also runs its own publishing house, producing catalogues and books to accompany exhibitions, and inviting contributions from prominent international art historians, curators, and writers such as Nobel Prize recipients Orhan Pamuk and Mario Vargas Llosa. The gallery’s publications are distributed internationally and are available to purchase via our online bookstore. Active in both the primary and secondary markets, Thaddaeus Ropac gallery also participates in all major international art fairs.