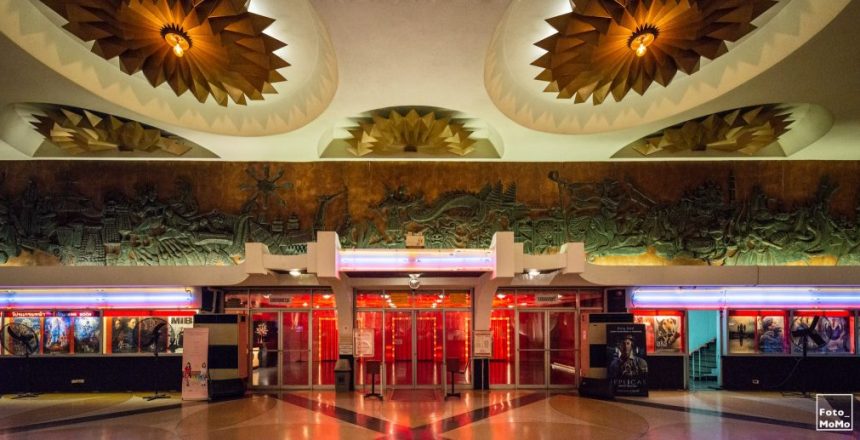 The Scala Cinema, which was once crowned “the finest movie theater left in Southeast Asia,” lowered the curtain for good with its last film, Cinema Paradiso, on July 5, 2020. Over a year later, the building was demolished, leaving behind only its legacy and bittersweet memory.

The Scala Cinema was named after the Teatro alla Scala, the famous opera house in Milan, Italy. It was a thousand-seat movie theatre, located in the heart of Bangkok’s popular shopping district, Siam Square. The Scala Cinema opened on Dec. 31, 1969 with a screening of an American Western film, The Undefeated, starring John Wayne and Rock Hudson. Scala’s final curtain dropped on July 5. 2020, showing as its last film the 62nd Academy Award for Best Foreign Language Film, Cinema Paradiso, written and directed by the celebrated Italian director Guiseppe Tornatore.

For the past decade, the Scala Cinema was the last stand-alone single-screen cinema in Bangkok, offering a retro film-going experience. It was one of the Apex group of cinemas located in the Siam Square area, which included Siam Cinema, Lido Cinema and Scala. During my college years at Chulalongkorn University, being a movie fanatic myself, the Art-Deco Scala was my sanctuary. If not for the films, I’d go for the beautiful architecture and interior. Scala had been my saviour when I was crunched for last-minute photography homework.

Scala was designed by a prominent Thai architect of the post-World War II period, Colonel Chira Silpakanok (7 May 1928 – 25 January 2013). The building was in Late-Modernist architectural style with interior decorations in the Art Deco style. A grand staircase dominated the interior and was illuminated by a gigantic Italian chandelier. The Scala Cinema received the ASA Architectural Conservation Award in 2012. The award was given by the Association of Siamese Architects in recognition of architectural conservation efforts by both the public and private sectors in Thailand.

During its glorious existence, the Scala hosted several national and international film festivals. World-famous movie stars posed for the media on the grand staircase. Scala itself was featured in several films, both Thai and international, and was the subject of a documentary film screened at the Salaya International Documentary Film Festival in 2016.

On July 5, 2020, the President of Apex movie theatres, Ms. Nanta Tansatcha, welcomed moviegoers before the last screening. “It is heartbreaking. I love the Scala because it is like my home, my family. Everyone here, both the audience and employees, are our family. We selected movies to screen with regard to ethics, morality, and lessons the audience will learn from,” stated Ms. Nantha, whose family also runs Nong Nooch Tropical Garden. Therefore, after the building was demolished on Nov. 1, 2021, parts and memorabilia from the Scala will be exhibited at Nong Nooch Tropical Garden in Chon Buri.

Four movies were shown in the last screening of Scala Cinema, curated by the Thai Film Archive: Blowup, a cult classic Italian mystery thriller directed by Michelangelo Antonioni and produced by Carlo Ponti; followed by a double-bill of Thai documentaries The Scala and Phantom of Illumination, which pays homage to standalone movie theatres; and Guiseppe Tornatore’s Cinema Paradiso, the Italian film about beloved cinema, as Scala’s last film. And then the curtain closed.

Cover photo: The Scala Cinema glowing at night for the last time. Photo by Natthawut Meesri