The NFT Bay asks if you would steal all the JPEGs 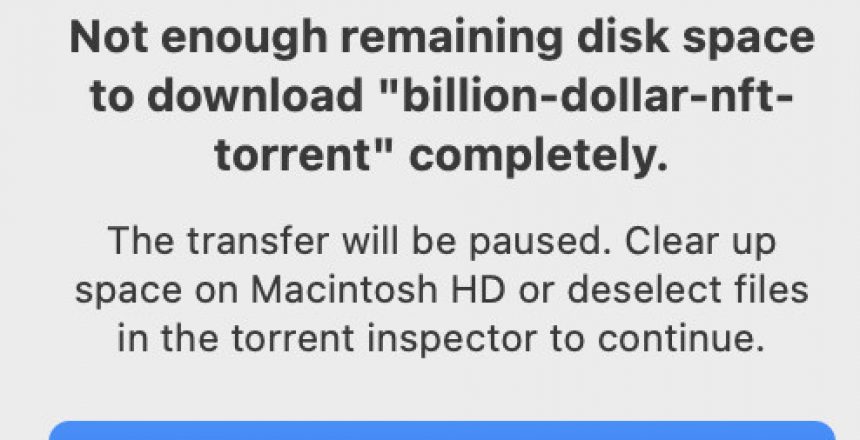 In what may be one of the better pieces of performance art this year, Australian Geoffrey Huntley has created a website that promises to let you torrent an entire blockchain’s worth of NFTs. It’s called, appropriately, The NFT Bay, and it’s an almost exact replica of the famous pirating site (with an added cheeky DMCA takedown link). As a site, it seems to do what it says on the tin, but as a statement it could spark an interesting discussion around what it means if you claim ownership over something on the internet.

Pretty much every link on the site (except for the one that’s a Rick Roll) will eventually lead you to the description page, which would look right at home on the real Pirate Bay (according to my friend, who is definitely not me because I’ve never pirated anything). At the bottom is an actual download link — clicking on it will get you the torrent, letting you download a file called “preview.jpg” which shows off a bunch of Bored Ape images, as well as zip files that supposedly contain all the NFTs from the Ethereum and Solana blockchains. All told, the download is just under 20TB. That is, to put it mildly, a lot of image files.

A familiar argument is playing out in the replies to Huntley’s announcement tweet — NFT haters point to it as a triumph that proves NFTs have no value, and crypto fans try to prove how unbothered they are by replying in droves that it’s actually the proof of ownership, not the image, that gives NFTs their value. Thinking that you’re getting the same thing by saving the JPEG is a right-click mindset, as they say.

I mean, good art is supposed to spark discussion, right?

For his part, Huntley explains that part of his reasoning for making it was the fact that NFTs very often don’t store any media on the blockchain, instead just linking to a version stored on a potentially fragile web server. He also gives a much more in-depth explanation behind the influences for The NFT Bay in an FAQ on his GitHub and in an excellent interview with Motherboard.

What I enjoy most about The NFT Bay, though, is that it both takes NFT-boosters at their word and pokes fun at the concept. “You want to claim ownership over something,” it asks. “On the internet, that means someone’s going to pirate it.” And Huntley’s announcement message of “OMG WHO RIGHT CLICKED ALL OF THE #NFTs?” takes the “you wouldn’t download a JPEG” meme (shared by both supporters and critics alike) and says “bet.”

But there remains an obvious question: does it actually contain every NFT on the Ethereum blockchain? Regrettably, I don’t have an answer for you — trying to download the nearly 15TB zip file would put me so far over my data cap that Comcast would probably break down my door with a battering ram. However, others have shown that it is possible to download all the NFTs, so Huntley isn’t promising the impossible here (basically, your program would just have to find all the tokens on the blockchain and use the links they contain to download the media). Would it impact the artistic statement if someone finally finishes downloading it and discovers it doesn’t contain all the JPEGs? That’s probably something you’ll have to decide for yourself.

Unfortunately, it seems like you would have to go through the download process to experience the collection — as far as I can tell, the NFT Bay’s search function just returns the same results no matter what you put in it, despite the tantalizing checkboxes promising to let you see only CryptoPunks or Bored Ape Yacht Club images.

I guess that’s what happens when you’re relying on outdated, centralized, Web 2.0 tech to distribute your stolen NFTs. That’s why I’ll be waiting for the web3 version of LimeWire to build my right-click collection.