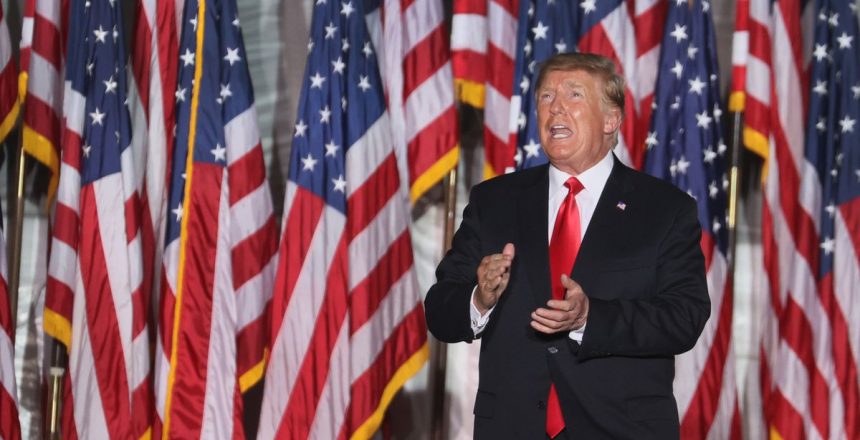 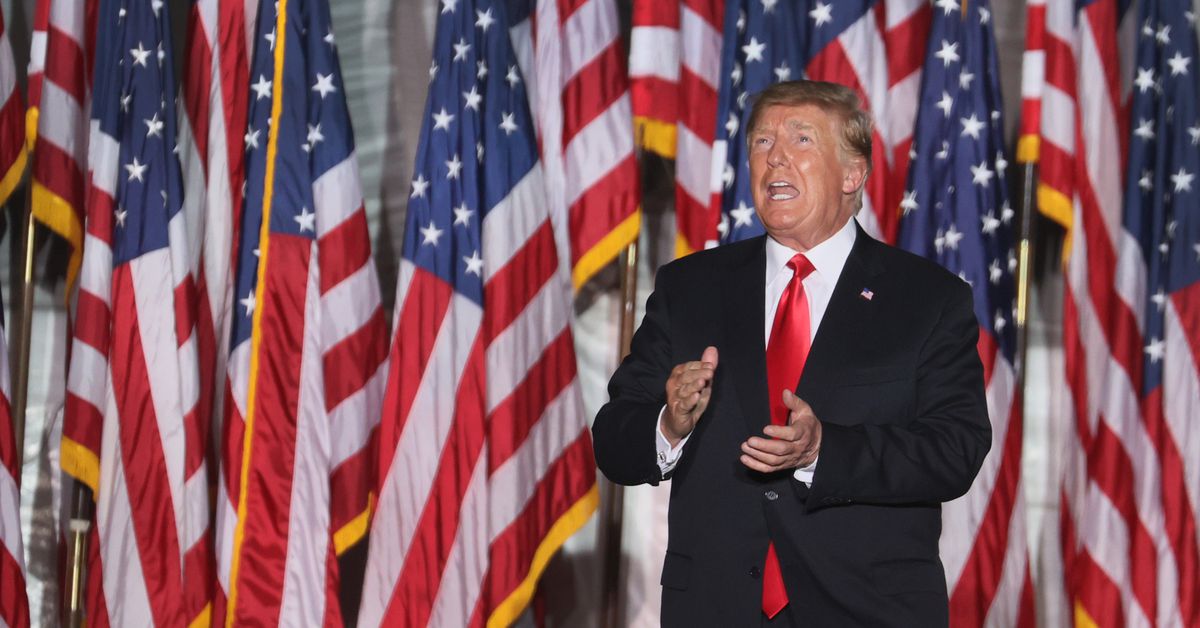 Today, as the year winds down, let’s talk about what we learned in 2021 about the relationship between tech and democracy — and about where the most urgent questions lie as we head into 2022.

In the years that Donald Trump served as president, platforms faced frequent calls to remove his accounts. From his primary posting station on Twitter, Trump had among other things spread lies about COVID, incited harassment against average citizens, and threatened nuclear war. After losing re-election to Joe Biden, he lied relentlessly about the outcome, undermining faith in democracy and ultimately inciting the January 6th attacks on the Capitol.

Because he was president, he was allowed to keep his accounts through January 6th. But after Congress certified Biden’s victory — and Trump’s supporters stormed the Capitol on his behalf — platforms suspended his accounts indefinitely. To tech determinists, who believe that social networks uniquely enabled Trump’s rise and were among the primary sources of his power, the past 11 months offered us an imperfect test of that hypothesis.

his power has arguably only increased

If you believe social networks were a primary source of Trump’s power, it follows that removing him from those networks would lessen that power. And yet in nearly a year since Trump was removed from those networks, his power has arguably only increased. After an aborted effort to start a blog this summer, he has settled into a routine of sending out tweet-like press releases to supporters and press outlets, many of which still find their way into the Twitter timeline and the news cycle. He makes frequent cable TV appearances, and recently held a rally in Iowa. A SPAC deal, which has promised to create some sort of Trump-centric media company and social network, is also now underway.

More importantly than all that, though, Trump has served as promoter-in-chief for a national campaign to rewrite election laws in his favor, while installing supporters in key positions that could enable him to successfully overturn an election loss in 2024.

Removing Trump from Twitter and other platforms surely spared us a year’s worth of lies and incitements to violence; it was and remains the right thing to do. But in a larger sense, it’s clear that deplatforming Trump did little to improve the underlying political situation in this country. It seems that situation is getting worse all the time.

In a truly chilling cover story for The Atlantic, Barton Gellman describes January 6th as a rehearsal for what is to come. (If you abandon today’s edition now and just go read that story in its entirety instead, it won’t hurt my feelings.) Two themes from the piece stand out: one, the way Trump critics are being systematically purged within the Republican party, leaving only the feeblest resistance behind; and two, how small a role tech in general or social networks specifically seem to play in any of this.

To be sure, there are hints of it in the story: a Facebook live stream here, a Telegram message there. A retired firefighter who believes the 2020 election was stolen, or says he does, serves as a proxy in the story for Trump’s base — and the firefighter gets most of his misinformation from the right-wing media ecosystem, which has thrived on social networks.

21 million Americans could plausibly be described as “committed insurrectionists.”

But this is not a story about algorithms polarizing us via engagement-based ranking, or about demagogues recruiting followers via the suggested user list. Instead, to Gellman at least, it’s about something much older, and uglier: that reliable predictor of genocide, fears of a “Great Replacement.” As changing demographics predict a white minority in the United States by 2045, many white Republicans are desperate to cement their power — using violence if necessary.

In the Atlantic story, a group called the University of Chicago Project on Security and Threats, or CPOST, ran national opinion surveys to gauge the attitudes of people who say they do not trust the 2020 election results. They found that perhaps 21 million Americans could plausibly be described as “committed insurrectionists.”

Drawing connections to Slobodan Milošević’s Yugoslavia in the 1990s, and Northern Ireland in the 1960s, Gellman writes of Americans today:

The committed insurrectionists, Pape judged, were genuinely dangerous. There were not many militia members among them, but more than one in four said the country needed groups like the Oath Keepers and Proud Boys. One-third of them owned guns, and 15 percent had served in the military. All had easy access to the organizing power of the internet.

What Pape was seeing in these results did not fit the government model of lone wolves and small groups of extremists. “This really is a new, politically violent mass movement,” he told me. “This is collective political violence.”

As recently as 2017, it still seemed at least possible that we might buttress some elements of our democracy at the level of the social network: that if we caught and removed Russian agents, stopped recommending extremist organizations, and eliminated all the misinformation and disinformation we could find, a kind of balance might be restored. Four years on, it’s now clear that while those steps were necessary, they were not sufficient, and the country is moving inexorably toward a constitutional crisis.

It’s also clear that the determinist case for tech reform was mostly wishful thinking. On one hand, platforms have regularly been found to be complicit in spreading hate speech that leads to real-world violence, most famously in Myanmar and India. And even in the United States, where platforms devote an outsized percentage of their moderation resources, a violent movement like QAnon was allowed to flower for years before they finally cracked down in 2020.

But reading Gellman’s story, or what is effectively a companion piece in the Washington Post about the next 18 steps to look for in our coming democratic erosion, it becomes clear how much bigger our emergency is than all of that. The platforms have their role to play, but it’s smaller than I had assumed. Which is unfortunate, because the past five years have shown that tech companies can be cajoled into addressing at least some of the harms that take place on their watch.

Which is more than I can say for Congress.

In The New York Times over the weekend, Cecelia Kang examined the fruits of American lawmakers’ five-year-old reckoning over the size, power, and influence of our biggest companies. She finds a slew of hearings, a pack of confused congressmen and viral gaffes, and a blank space where their long-promised tech reforms should be. Kang writes:

The lack of regulation of technology companies is not because elected officials don’t understand the internet. That used to be the case, and it helps explain why they have been so slow with oversight measures. Now, though, new questions about technology get mapped onto increasingly intractable political divides.

Without the distractions of bizarre questions, what’s left is the naked reality that the parties are deeply at odds over how to protect consumers and encourage businesses. Dozens of bills to strengthen privacy, encourage competition and quell misinformation have stalled because of a basic disagreement over the hand of government on businesses.

This is profoundly true. And yet, in the context of democratic erosion, it can also feel so quaint as to be essentially beside the point. One of America’s two major political parties is undertaking a concerted effort to eliminate the role of voters in choosing their elected officials. And we’re surprised that these two sides can’t agree on how to govern Facebook?

It’s a shame, of course, because there is so much regulation to be done. There are even, here and there, good ideas: I love this new bill from Sens. Chris Coons (D-DE), Rob Portman (R-OH) and Amy Klobuchar (D-MN), which would require platforms like Facebook to share data with independent researchers. Other worthy bills would require disclosures around content moderation and political advertising, or restrain anticompetitive business practices. All of these reforms could be enacted without infringing on companies’ speech rights, the tripwire that has doomed so many efforts to date.

But as this year comes to a close, I find it necessary to restore some sense of proportion to the subjects that we cover around here. The present and future state of platforms will always be the core subject of Platformer. But so many assumptions about that future rely on the notion that those platforms will be built inside a stable democracy, and within a few years that may well not be the case.

Americans did their part: the majority voted to preserve their democracy, and gave to Democrats the presidency and both houses of Congress. But the margins are narrow, our governance system is old and brittle, and time is running out.

All of this has been said before, and often much better, by people who make politics their full-time beat. I would love nothing more than to join the rest of Silicon Valley in full-time contemplation of Web3, the metaverse, and anything else that might distract me from the potential of life under permanent minority rule.

But the future of tech and the future of democracy are inextricably linked. Biden’s victory last year offered some hope that Congress would be able to make progress on both subjects. As we approach next year’s midterm elections, though, there is distressingly little progress to be found.

For five years now we have listened to lawmakers lecture the tech industry about its many failures. But effective platform governance will only ever take us so far. And if it can’t protect our democracy at this crucial moment, starting by passing the John R. Lewis Voting Rights Advancement Act, the most catastrophic failure of all will be that of Congress.