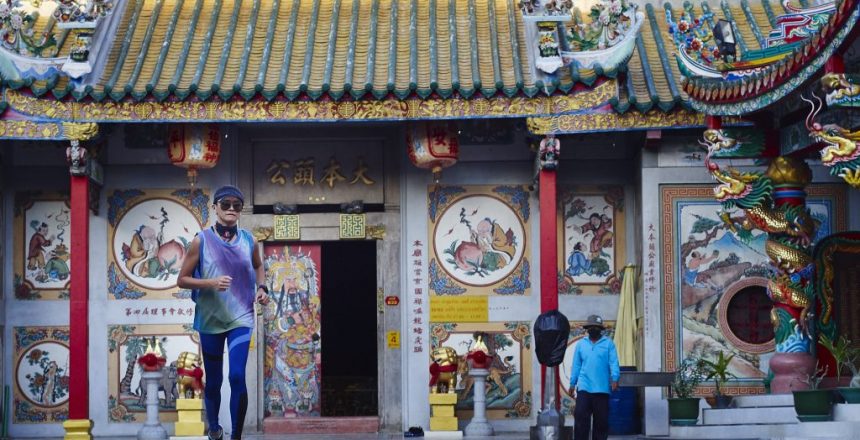 Yaowarat is one of Bangkok’s oldest settlements, dating back even before the capital was fully established.

In 1782, King Rama I decided to move out of the old Thon Buri Palace on the west side of the Chao Phraya River. The new Grand Palace for his Rattanakosin empire would be built directly across the river, in an area occupied by Chinese immigrant merchants and labourers.

The Chinese settlers were then ordered to relocate south of the Chao Phraya River, in what is now Yaowarat, or Chinatown. They turned their new home into Bangkok’s most bustling business and trading hub starting at the very dawn of the empire.

There are three parallel one-way roads in Yaowarat. The first is Charoen Krung, which was built during the King Rama IV period and situated farthest from the river. The second is Yaowarat Road in the middle, and the third is Song Wat Road alongside the Chao Phraya, both of which were built during Rama V’s reign.

Marine trade had been ongoing since before Rattanakosin and peaked in the Rama III period, with the opening up of Siam to global trade. Docks along Yaowarat became super busy with original agricultural product warehouses, many of which are still here today on both sides of Song Wat Road.

Yaowarat is the main road, about 1.5 km in length. Its curvy shape is said to be the formation of a dragon, Chinese mythology’s primary creature. Rama V ordered the construction to avoid cutting through existing dense housing, hence the dragon’s curve.

After two major Yaowarat’s fires in 1906, Rama V decided to cut the new, straight Song Wat Road along the Chao Phraya to avoid further fire accidents. The proof of mixed cultures since the early days can be seen here with Buddhist temples, Chinese monasteries and Muslim Masjid sitting next to each other.

Yaowarat grew into full bloom when the railway system took off, with the grand opening of the great Hua Lamphong terminal on the southeast edge of Chinatown in 1916. With new roads and trains, Yaowarat became the most modern business hub of its era.

Before WWII, the first two Bangkok high rises were here, one is seven storeys and the other is nine storeys.

Today, Yaowarat is best known worldwide for its bustling street food scene, which begins after night falls. Tourists around the globe put it on their must-do lists when coming to Thailand. CNN has dubbed Yaowarat “Street Food Heaven.”

The gold business is also major, with nearly 200 gold shops around the area. There are also food ingredients, fresh and preserved, herbs, jewellery, clothes, watches, toys and all kinds of miscellaneous stuff.

Talad Noi on the southeast end of Yaowarat has become more and more hip in the past decade. There are tons of chic restaurants, bars and art galleries creeping in to replace the old machinery district. The narrow labyrinth of alleys are full of artsy decorations and graffiti.

Portuguese settlers from Ayutthaya were the first to move into Talad Noi and built the great Holy Rosary Church in 1786, four years after Bangkok’s establishment. The Portuguese were followed by various ethnic Chinese, Vietnamese and Khmer settlers.

The northwest end of Yaowarat is adjacent to the busy Sam Pheng market before crossing over the newly renovated “Oang Ang” canal into the Phahurat “Little India” district.

The canal was one among many sprawling all over Bangkok in former times, when foreign visitors called the city the “Venice of the East.” Cars and roads came along and most of Bangkok’s waterways were paved over.

After 40 years underneath the games and gadget mega market, the canal renovation was completed in 2019. The water became clean without smells and there are rows of trees alongside it. This walking street with free kayaking in the canal is available from Friday to Sunday evening.

Phahurat, “Little India,” is the place to taste authentic Indian cuisine and also to see colourful fabrics in hundreds of shops. The Sikh community settled here over a century ago and built the beautiful Siri Guru Singh Sabha temple with the iconic golden domes.

The two bridges across the Chao Phraya next from Little India are the best spots to cool down and watch the sun set. The old metal green-painted Saphan Put Bridge gives off nostalgic vibes, while the modern sky park over Phra Pok Klao bridge opened in 2020, offering 360-degree views of the river and Bangkok’s skyline.