Are we all just ignoring that LG’s releasing an album with a virtual influencer? 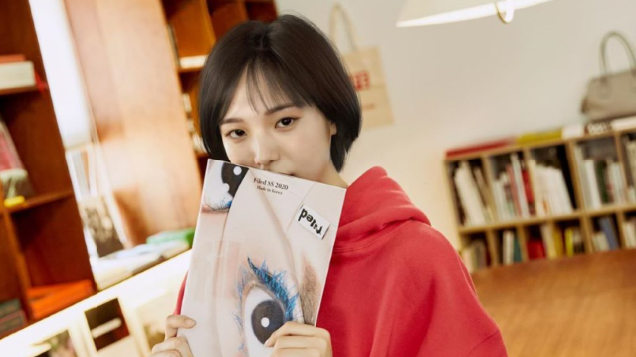 I was live-blogging LG’s CES 2022 keynote today, and there was a lot of stuff to unpack. A new concept car, random robots and a huge 97-inch TV… but something stuck around in the back of my head, niggling away.

‘Wait… did LG just announce its virtual influencer was going to release a music album this year…?’ came the fully-formed thought a few hours later.

And now, while I need desperately to go to bed, I’ve confirmed that yes, indeed – that is happening. Reah Keem, the digital character LG unveiled as a ‘virtual influencer’ at CES 2021, is indeed going to be unveiling her first album in 2022:

“Reah attended last year’s CES as our virtual influencer, but this year, she’s collaborating with Mystic Story as an artist. She’s composing her own songs now, so keep an eye out for her first debut album, which will release later this year,” said an LG spokesperson.

That Mystic Story is a South Korean record and entertainment label, and it’ll be the thing that helps Reah live her dream… or whatever virtual influencers have as dreams.

Suddenly, an hour later and well after I’m supposed to be clocking off, I’m lost in a world of virtual influencers, my mind blowing further with every click.

It starts with Reah Keem’s Instagram account, learning she has nearly 14,000 followers. Not a lot by Insta standards, but it feels like a lot for something that’s ficitious.

She’s been spending a lot of time trying to ‘find her voice’, which includes the delightful hashtag #pissedoffatdeveloper, and a recent post ‘unveiled’ it.

So the start of her music career began with coding her a voice – I guess that’s a necessary step, right?

Then comes the dawning understanding that this is the tip of the iceberg, and Reah is far from the first virtual influencer, and we’re far from being able to tell real from digitally-created humans.

Some have been created to masquerade as real initially, such as Shudu Gram, before being outed as a virtual creation. However, this fictitious star has appeared in the Korean version of Vogue with Rozy Oh, another virtual influencer from South Korea with 112,000 followers.

But I’ve realized the point at which I must exit this rabbit hole, and shelve this notion for another day and feature (as I have a team to lead covering the whole of CES), is when I look into Miquela, AKA LilMiquela, who has amassed 3,100,000 followers and can reportedly charge $8,000 for a single Insta post – and is on course to rack up $10,000,000 in a year for her ‘makers’, Los Angeles-based startup Brud.

So while the idea that LG is making a music album with a completely made-up person was something ludicrous and inexplicable just a few hours ago… I’m now left feeling that the brand kicked its heels too long – why has it taken all this time to get Reah a music deal, folks?