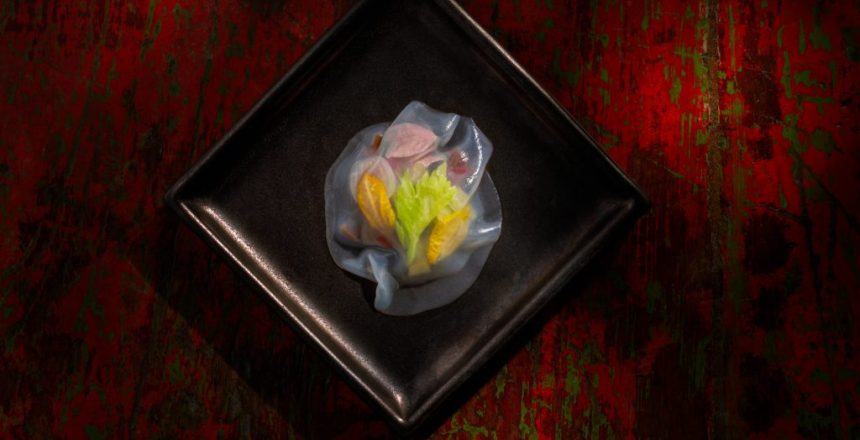 The restaurant pays tribute to the chef’s grandmother Nusara, who he claims as his main lifelong culinary inspiration.

Thitid ‘Ton’ Tassanakajohn, the chef behind Bangkok’s Michelin-starred Le Du, as well as the highly regarded Baan, opened what one might argue is his true flagship, Nusara, in a charming old shophouse near Tha Tien nearly two years ago. While Le Du elegantly re-envisions Thai cuisine through the use of modern Western techniques, and Baan presents a menu of Thai comfort foods Ton and his family grew up eating both at home and on the street, Nusara pays tribute to the chef’s grandmother Nusara, who he claims as his main lifelong culinary inspiration.

“I didn’t think I’d do another fine dining restaurant,” Ton told Bangkok 101, “But after our grandmother passed away two years ago, we felt we needed to carry on her legacy in traditional, authentic Thai cooking.”

“When we found this historic location near Wat Po, we felt it had a very special energy, and we knew it was the right place to honour her memory.”

Unlike at Le Du, where the kitchen may incorporate imported ingredients, such as white truffle or foie gras, with Thai flavour profiles, the culinary arsenal at Nusara is 100 percent locally sourced. “The best way to describe the food here,” says Ton, “is ‘colourful authentic Thai cuisine,’ which reflects the character of my grandmother, who was a fun, modern woman.”

The 12-course tasting menu starts with small, creative dishes such as crab curry served on a crisped wild tea leaf topped with local caviar, or savoury peanut relish scooped onto shrimp-paste wafers, and then proceeds to larger dishes served family style, including Bumbai Neua, tender beef cheek in a rich Bombay-style curry with ajaa (pickled cucumber) on the side. Chef Ton says this dish in particular is significant for him because, like the shophouse itself, it dates to the Rama V period. According to the chef, the basic dish came directly out of a recipe book from Rama V’s royal kitchens, and contains a number of spices more associated with Indian curries than with Thai curries, including nutmeg, cinnamon, clove, and cardamom. Fresh Thai herbs, as well as both fresh and dried chilies, the chef notes, demonstrate that even several hundred years ago, Thai cuisine was a fusion of many influences.

Nusara opens its doors to begin serving the tasting menu at 5:30 pm, and stops seating diners once the maximum capacity of 14 persons is achieved. It tends to be booked up every night, so reservations are highly recommended. Regular clientele includes high-ranking officials from nearby government ministries, as well as Thai gourmands from further afield.