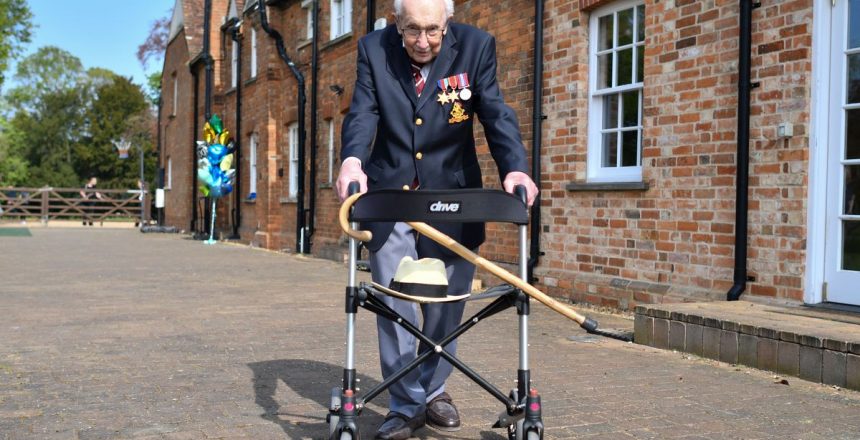 It comes as a shock to many, but sending nasty tweets can be a criminal offense in the United Kingdom. Those found guilty can face fines, community service, and even time in jail.

The latest example is the case of 36-year-old Joseph Kelly of Castlemilk, Glasgow, who was found guilty last week of sending a “grossly offensive” tweet about Captain Sir Tom Moore. Moore was a British army officer who raised money for the UK’s National Health Service by walking 100 laps around his garden prior to his 100th birthday, and on February 3rd, 2020 — the day after Moore died — Kelly tweeted: “the only good Brit soldier is a deed one, burn auld fella buuuuurn.” He was found guilty last Monday and is now awaiting sentencing.

That someone could be prosecuted for sending a tweet — no matter how offensive some may find it — is a surprise to many internet users, particularly those in the United States, where robust free speech laws (aka the First Amendment) protect pretty much all types of public speech against government prosecution. The UK has long held different standards, though, and, for two decades, has prosecuted internet users for offensive messages under a bit of legislation known as the 2003 Communications Act.

What exactly are people being charged for?

Section 127 of the Communications Act makes it an offense to send public messages of a “grossly offensive or of an indecent, obscene or menacing character,” which is quite clearly a very broad remit. There’s a lot of ambiguity in this wording — what makes something “grossly offensive” as opposed to plain old “offensive”? — but the best way to get a feel for what is and isn’t covered by the law is to look over some past cases, both successful and not. (A quick warning: legally-defined offensive and grossly offensive language follows.)

More example cases can be found here, but these give a broad idea of what messages tend to be prosecuted under Section 127. “The cases that go forward tend to be those that the police and the prosecutors feel […] there’s some moral line that’s been crossed,” Jim Killock, executive director of the UK’s Open Rights Group, a digital rights advocacy group, explains to The Verge. “These are often cases that don’t quite meet the criminal threshold in discrimination legislation, and so the ‘grossly offensive’ test is claimed instead.”

People are nasty online all the time. Are the UK’s jails full of angry internet users?

It’s hard to say exactly how many cases are prosecuted under Section 127, but it’s clear the figure is a lot smaller than the number of cases that could be. Statistics from England and Wales in 2012 show that some 1,423 individuals were found guilty under Section 127 that year, while more recent numbers from Scotland (which contains less than 10 percent of the UK’s total population) document 644 prosecutions and 567 convictions in 2017-2018, with those figures trending down from a peak in 2013-2014. So: not everyone being nasty on Twitter in the UK is facing jail time, but hundreds of successful prosecutions every year is obviously still quite significant.

And how do the courts actually decide who is guilty?

This is the big, huge, overwhelming problem with Section 127: its wording is incredibly ambiguous, and it’s hard to say when and how it should be applied. The simplest explanation is that successful convictions hinge on differentiating between what is merely an “offensive” message and what is “grossly offensive,” but that just begs the question: how do you tell the difference?

Neil Brown, a tech lawyer with UK law firm decoded.legal, says the threshold “is a high one,” but it’s ultimately up to the courts to determine what meets this standard on a case-by-case basis. “As with the test of obscenity, there is a distinct lack of certainty as to whether any given statement is ‘offensive’ or ‘grossly offensive,’” Brown tells The Verge. “In a sense, this is a subjective test, but it seems that is not necessary for people who actually received the communication in question to have been grossly offended. In other words, a communication can be grossly offensive even if the recipient was not, in fact, offended.”

Looking at past prosecutions, though, it does seem that the context of messages plays a role. In 2012, then-head of public prosecutions Starmer issued guidance on Section 127. He noted that prosecutors should be careful about what cases they bring to court and that it should be taken into consideration whether those accused were apologetic, if they removed their offending posts quickly, and the intended audience of a message.

So, for example, in the case of homophobic tweets about the UK Olympic divers, charges were dropped in part because the accused hadn’t actually intended for the athletes to see his messages. He seems to have been essentially tweeting into the void before his tweets were found and shared more widely by others. This can be contrasted with the case of misogynistic messages about MP Stella Creasy and writer Caroline Criado-Perez — these were tweets that were sent directly and repeatedly to those individuals.

Official government guidance does carve out lots of space for people to send offensive but-not-that-offensive messages. (It notes that content that is merely shocking, disturbing, satirical, or iconoclastic should not be challenged under Section 127 and even highlights hurtful “banter” — a peculiarly British obsession — as unworthy of prosecution.) But it’s clear that a certain degree of ambiguity is just … baked into the legislation.

Ambiguity aside, don’t a lot of these cases involve famous people and newsworthy events?

We spoke to a few different experts on this point and got some different answers. Some thought Section 127 cases tend to involve newsworthy people or events simply because these are things that are talked about more in general and so, on average, generate more nasty comments, too. Another suggestion was that it might be confirmation bias: of course, getting prosecuted for insulting or harassing a famous person leads to news coverage, but for every well-known Section 127 case, there are dozens that don’t get written up.

But, it could also be that people and events being newsworthy is part of what helps define a “grossly offensive” message in the first place. Killock notes that prosecutions under Section 127 often involve “general, social feeling” about what is and isn’t “socially acceptable to say.” So, for example, the case involving a message comparing the activity of British soldiers to the Taliban would, if said loudly down the pub, probably lead to a bit of trouble, even though making the same comparison about combatants in a historical war would be inoffensive. This dynamic certainly seems to be playing a part with the most recent case involving messages about Captain Tom Moore — a figure seen by many in the country (particularly the right-wing press) as a national hero.

Of course, deciding the criminality of speech based on such nebulous notions is incredibly dodgy, to say the least. “It’s not a valid reason in human rights law for somebody’s speech to be curtailed,” says Killock. “You can imagine many circumstances in the past where things have been sent that could be regarded as ‘grossly offensive’ that nevertheless had to be said. For instance, ‘the bible is wrong’ or ‘homosexuality is acceptable.’”

I’ve got it: the law’s a mess. Is there any reason why?

Well, setting aside the general difficulty the world has in deciding how to police online speech, the UK’s Section 127 does have a particularly troublesome lineage.

Precursors of the law were actually drafted in the early decades of the 20th century, when they were intended to stop harassment via telephone and the mail. But, when the legislation was updated to cover new types of “communication systems,” the same standards were applied even though the methods of communication had changed.

In other words, while earlier prosecutors may have preferred a relatively low threshold for what is “offensive” to better convict that idiot who rings you up every day and shouts nasty things at you down the phone, those standards have now become outdated when applied to modern platforms like Facebook and Twitter, which allow rude messages to be blasted into the ether with all the casual malice of a fart.

At the end of the day, it’s a tale as old as time (or, at least, as old as electricity): technology has changed faster than the law can adapt.

And is anyone doing anything about it?

In July last year, the Law Commission — an independent body designed to review and reform legislation in England and Wales — scrutinized Section 127 alongside other legislation concerning various “communication offenses.” The commission found that there was “considerable imprecision” in the terms used in Section 127; that such vagueness could lead to “inconsistent policing”; and that, when set against the UK’s ill-defined traditions of free speech, the law revealed “an uncomfortable juxtaposition in English jurisprudence.” In other words: it’s a bad law, and the lawyers don’t like it.

So, in part because of this review but also because of all sorts of general worries about nasty doings online, the UK government is ripping up the rule book and starting again. In fact, it’s doing this for all sorts of legislation used to govern digital spaces and is soon set to introduce what’s known as the Online Safety Bill — a hugely ambitious and controversial law that will redefine all sorts of harmful online content.

Section 127 will soon be defunct, but its replacement might not be much better

We don’t have the time to go into the details of the Online Safety Bill, but suffice to say that Section 127 is going to get the chop. Nasty messages will still be subject to prosecution, but instead of having to be “grossly offensive,” they’ll be judged based on the “harm” they cause. Arguably, this is just as vague as the threshold for criminality as Section 127, but it does at least focus attention not on vague public mores but the actual harmful effects of messages.

“The new offense is still going to be turn out to be quite problematic,” says Killock. “But hopefully, it will at least make people a little more cautious about what they push forward into the courts.”