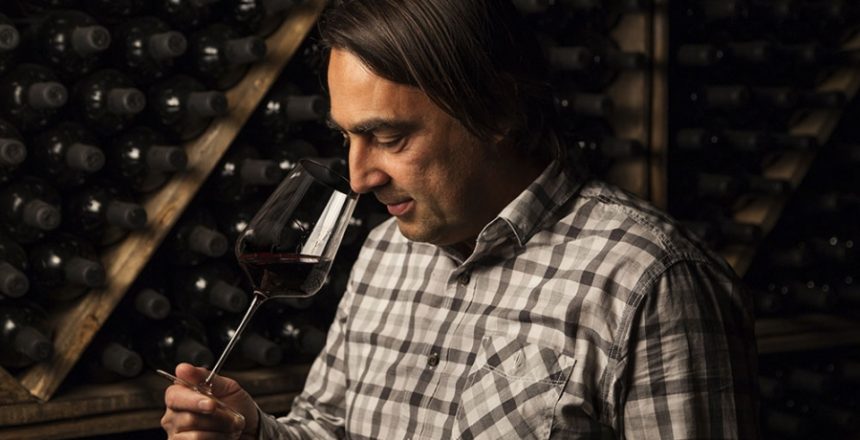 A new gem is coming to the jewel-cutting capital of Asia—this one mined from the rich Italian soil known as “black dust.”

In recent years, no European power has done so much to conquer the hearts and minds of Thai people than the food and wine of Italy. Bangkok has long played host to literally hundreds of Italian restaurants, but it was only around a decade back, starting with Appia – the authentic trattoria with Roman flavours – that the city began to showcase regional specialities from Rome to Tuscany to Liguria. And just as citizens of the capital are discovering numerous examples of more localised Thai food, from Southern-based Sorn to Eastern Sri Trat, an increasing sophistication in taste and deeper wine knowledge are leading to a greater appreciation of the subtle distinction between Italy’s many schools of winemaking.

In keeping with the trend, a new label will soon be appearing in the market that hails from the most distant reaches of the country’s south, in the heel of the country’s so-called “boot.” Here, in Puglia, a region far from tourist haunts or crowds lined up for the Sistine Chapel, more wine grapes are actually under cultivation than anywhere else in Italy. And its newest, all-organic product, made with scrupulous loyalty to the most ancient methods, is from the Cantine Polvanera – the “black dust” makes reference to the vineyard’s rough limestone soil, to the tradition of charcoal-making within its c.1820 manor house, as well as the rich depths of its primary primitivo grape.

Some 20 years back, educated young oenologist Fillipo Cassano decided to join his father in devotion to a lifelong project of reviving and restoring winemaking around the Murgia, a 400-meter-high plateau around the aptly named town of Colle del Gioio (“joyous hills,” though once more the reference may be a local jewel lost there by a princess). According to Cassano, “We offer wines that faithfully represent our production area and its wine-making traditions. Our vines literally pop up from the limestone, in a windy and dry landscape. We are located not far from the sea, but still on the hills, where thermal excursions between night and day give the grapes signature scents and acidity. Wine fragrances thus are mineral and balanced.”

Cassano chose a method of pure vinification, concentrating on single varietals and hewed his unique cellar for ageing by excavating eight metres down into limestone rock. No oak barrels whatsoever are used to avoid further transformation of original tastes. Pressing is achieved through the latest equipment and all the surrounding purity of nature, and pre-chemical age of some of the vines guarantees a product that is truly organic in all meanings of the term. He added, “We are a family-run company producing native Apulian wines only, and in very limited amounts. We can’t compete in quantity, only in quality.”

While some 10 grape varietals are grown in Polvanera’s vineyards, depending on altitude and conditions, most of these going into the recent, supplemental line of sparkling wines were achieved through the “metodo classico” (traditional method) as well as a small yet special selection of sweeter dessert wines. But the primary emphasis of its best vintages is on the rich, multi-tonal Primitivo. It’s a misunderstood grape, much under-appreciated as the Puglia region itself, since the meaning of the name has nothing to do with “primitive” at all.

First imported from the Balkan region, the grape was in fact christened by a Gioia del Colle priest some 300 years ago – using the Italian word for original, early or first, because the fruit appeared to ripen a bit more quickly than others. Wine fanatics know the flavour as a long-lasting melange of “berries and herbs.” And no other than the excellent Italian Wine Club website has described Polvanera’s best bottles as “a perfect combination of… a fascinating, magical territory, traditional vines cultivated as trees… and the skilful labour of a family dedicated to wine.”

Of course, a greater appreciation can be had by making a pilgrimage to Cantine Polvanera itself, no more than a half-hour by rented Alfa-Romeo or 45 minutes on more leisurely local trains from the busy Puglian port of Bari. A respite from gentle hills of oak dotted with limestone caves, culverts and tumbledown ruins, and an eternal sun bleaching everything white, Colle del Gioia has its own archeological museum, housing within the rocky turrets of the Norman-Swabian Castle (first renovated in no less than 1230 AD). But a stroll around the centro reveals past evidence of Norman, Goth and Byzantine periods, the former palaces of Holy Roman Emperors with a hint of Arabic provenance. As for Polvanera’s tasting rooms, they are actually a lovely series of shaded tents smack beside an open view of aging tanks, and trimmed with flower plantings. It’s an Italy unvarnished, unchanged and essential as the Primitivo.

In the meantime, Bangkokians can look forward to a special launch of the Polvanera label, scheduled for this summer. The celebration will feature not just tastings but workshops and lectures by Filippo Cassano himself, with an accompanying wine fair – and a special opportunity for an educational tour back to Italy itself, and to the discovery of that special region where black dust can turn into red and white gold.