The vibe shift in Silicon Valley 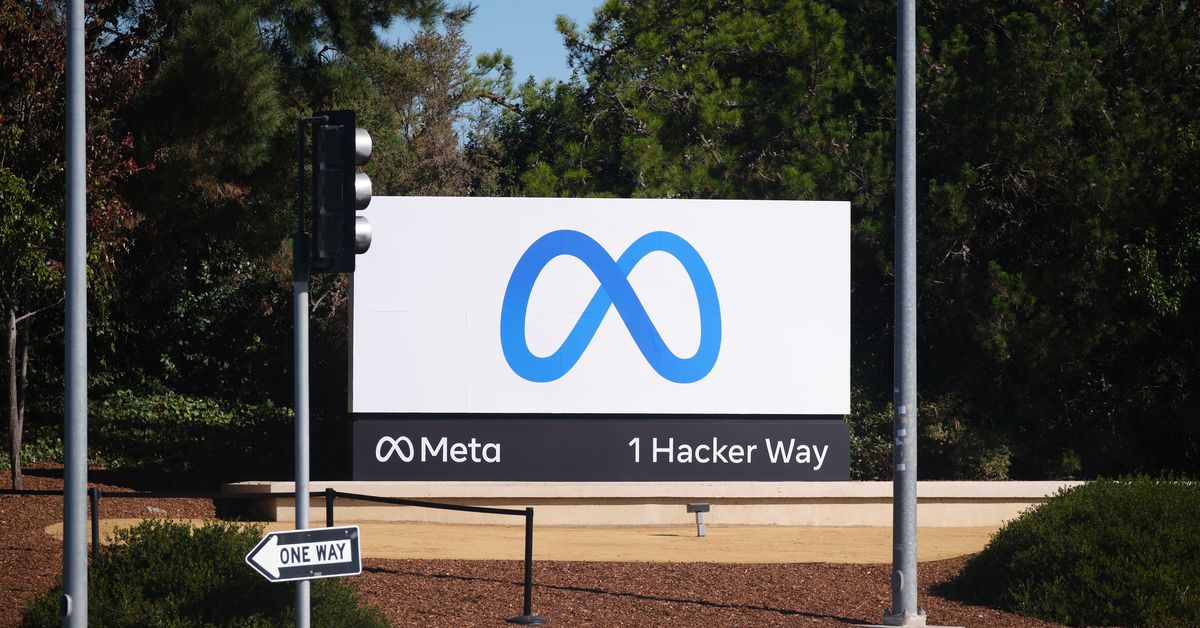 Last month, Allison P. Davis wrote a widely read article in New York titled “A Vibe Shift Is Coming.” In it, she posited that the third year of our pandemic would reveal an obvious, and perhaps wrenching, evolution of the culture. A vibe shift, she wrote, is “a relatively simple idea: In the culture, sometimes things change, and a once-dominant social wavelength starts to feel dated.”

I have been thinking about Davis’ piece more or less ever since. In particular, I’ve been working on how to apply it to my chosen field: tech journalism, which is driven as much by social wavelengths as any other part of our culture. For some time, I had been attempting to work out which stories felt relevant in 2022 that may not have in, say, 2020. Today, I want to tell you what I’ve come up with.

In short, some kinds of tech journalism have come to feel dated to me; some stories feel like they are beginning to come to their conclusion. At the same time, there are a host of new stories that need telling, thanks to shifts in power in Silicon Valley, and talented journalists are already beginning to bring them to our attention.

The most obvious reason for this shift is the change in presidents. Donald Trump’s malignant reign as president demanded one sort of coverage; Joe Biden’s quiet, pro-democracy presidency demands another. Biden doesn’t appear in Davis’ story, but on the subject of tech and tech policy, his presidency (and Trump’s social media exile) account for a significant portion of the vibe shift.

A few caveats before we get started. One, just because a storyline is starting to feel old doesn’t mean publications should stop covering it. There are great stories to tell even on beats that might seem played out. Two, plenty of important stories have transcended the shift in presidents: among them are tech labor issues; diversity, equity, and inclusion; cybersecurity; the long-term effect on COVID-19 on companies and the economy; VR and gaming; and the uses and misuses of artificial intelligence.

Three, Max Read previously wrote a much funnier version of what’s below.

All that said, I hope this guide might be useful to readers seeking to improve their understanding of the moment; junior reporters building their beats (or starting a Substack!); publications considering how to allocate their resources; and anyone who works for a tech company trying to understand where the energy is going in tech journalism right now.

With that in mind, here’s a guide to what feels dated and what feels fresh in 2022.

Facebook grew its user base by the billions during the Trump era, and its savvy acquisitions of Instagram and WhatsApp placed it at the center of global communications. Publications typically assigned multiple people to cover the company’s many controversies, focused on its content moderation decisions and their fallout.

But Apple’s move to crush the market for targeted mobile advertising, coupled with unexpected competition, has put Facebook on the defensive. It’s spending billions of dollars in a risky attempt to pivot to augmented and virtual reality, renaming itself to Meta along the way. In the meantime, though, its stock price has plunged and its user base has started to shrink for the first time.

Biden-era vibe: TikTok is the center.

Almost nobody in America saw TikTok coming. But ByteDance’s short-form video app is now in its imperial phase; in September, it announced it had hit 1 billion users. The app survived Trump’s effort to force ByteDance to sell TikTok to his cronies, and now Meta, YouTube, and Snap have all introduced clones.

Due to its Chinese ownership, we still know relatively little about the executives leading ByteDance and TikTok. (Without Googling, can you name TikTok’s current CEO?) What’s on their product roadmap? What do their user growth and retention look like? What internal controversies are its leaders attempting to manage? How does it develop content policy? We’re all ears.

What to do about it: Hire dedicated ByteDance and TikTok reporters and elevate their coverage.

This genre of reporting focused on the rapid spread of misinformation, disinformation, hate speech, and other arms. It was premised on the idea that Facebook in particular — but also Twitter and YouTube — were building truly global social networks that would endure for decades, if not forever. It prompted important (but unequal) investments in content moderation by tech companies and made it more difficult (but not impossible) to use them for ill.

At the same time, the media elite grew gradually more used to the idea that fast-spreading information is suspect. It invested heavily in real-time fact-checking and explanatory journalism. Meanwhile, a certain defeatism settled in; as Max Read writes, “The thing about misinformation is, it won.”

Biden-era vibe: Information is having trouble spreading at all.

This genre of reporting focuses on the splinternet: the increasing fragmentation of the global web, through a combination of good-natured regulation (GDPR, let’s say) and despotic lunacy (Putin invading Ukraine). It looks at the second-order consequences of India banning TikTok, or “hostage-taking laws” that threaten tech executives with jail time over their content moderation decisions. It focuses on who loses when free expression is restricted, particularly among marginalized groups.

What to do about it: re-orient pure “misinformation” coverage around covering online speech issues and information flows generally.

This genre of tech coverage focused on how to improve the internet, largely through regulations and breaking up big tech companies. It finally saw some success with the introduction of several tech bills in US Congress, and the installation of antitrust crusaders in the Federal Trade Commission. But it now seems clear that nothing is going to get broken up; more importantly, the moment has passed. (See “TikTok is the center,” above.)

What to do about it: Flood the zone on crypto; assume US-led efforts to regulate tech will come to nothing, and allocate coverage resources accordingly.

Trump-era coverage of data often began with the premise that you could control people’s behavior through targeted advertising; this was the spark that turned the Cambridge Analytica data privacy scandal into a global phenomenon. Follow-up reporting suggested that the firm’s claims were and had always been overblown, but distrust of data collection practices by big tech platforms persisted. There’s a direct link between Cambridge Analytica and App Tracking Transparency.

Wartime has revealed much more pressing risks posed by data collection, particularly to those who live under autocrats. It illustrates the need for end-to-end encryption in messaging; disappearing messages; and advanced protections for activists, journalists, dissidents, and marginalized groups. The fact that NSO Group belongs to a legal and thriving spyware industry is a daily scandal.

What to do about it: Op-ed pages should rally for encryption, and against data brokers. Bloggers should complain wherever disappearing messages don’t yet exist. Publications should hire spyware reporters and demand to know what Apple and Google are doing to thwart NSO Group and its rivals.

Revelations about Russian interference in the 2016 US presidential election, much of it on social platforms, led many of us to assume that US lawmakers would crack down in various ways.

Instead, they held endless hearings and passed nothing.

GDPR was only the beginning. The United Kingdom’s Age-Appropriate Design Code changed more about US tech platforms than anything US lawmakers have done in decades. Europe’s Digital Markets Act and Digital Services Act would further reshape US tech platforms. For the most part, though, it’s covered in the United States as a story for foreign correspondents to worry about.

Meanwhile, Apple’s App Store monopoly and insistence on taking its 30 percent cut (or when sued, 27 percent cut) continue to limit the kinds of internet businesses that are created.

What to do about it: US publications should cover Europe with an eye toward explaining how legislation there will affect Americans. Apple policy decisions, and the businesses they affect, deserve more play.

This genre of coverage focused on the tendency of algorithms to amplify outrage, promote right-wing voices above all others, and generally accelerate polarization. I found it fairly persuasive, though explanations for polarization differ among experts and much more research is needed.

More importantly, though, to paraphrase Max Read: the thing about outrage is, it won.

The Wall Street Journal’s coverage of Frances Haugen’s leaks crystalized a sense that tech platforms might be uniquely harmful to children: enabling bullying, promoting self-harm, glamorizing eating disorders, contributing to depression. The attending furor inspired Republicans and Democrats to come together and propose new legislation; the United Kingdom’s Online Safety Bill, introduced into Parliament this week, would go even further.

What to do about it: Scrutinize the claims here on all sides, particularly trade-offs involved in free expression and the impact on marginalized children if these proposed regulations were to become law. Report on new research from academics on the subject as it is published. Demand that tech platforms tell us more about what they know.

Of course, there are many more shifts you could probably name that would support a full-time tech reporter at any publication: the heightened importance of chip manufacturing and innovation; the global supply chain; the post-COVID gig economy; and the decriminalization of psychedelics, which isn’t exactly tech but is definitely tech-adjacent.

But when I think about my own coverage, these are the shifts that are guiding it: my evolving sense of where power is moving in tech and the surrounding culture.

I imagine you may have your own thoughts on the vibe shift, and I’m eager to hear them.