Homestays with Hill Tribes in Chiang Mai and Northern Thailand 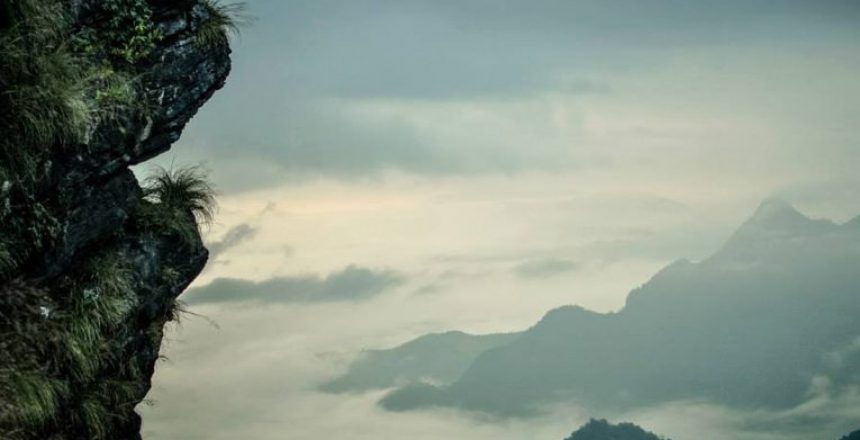 The north of Thailand was once best known for the opium and heroin trade, centred around the Golden Triangle, and the Thai borders with Laos, Myanmar and China’s Yunnan province. These days, however, it is probably best known for its cool climates, unlikely agriculture, and hill tribe homestays in Chiang Mai and Northern Thailand. Where domestic tourists escape the relentless heat of lower lands, to wear woollen scarves and cute hats, and to feel the cool air bite on their skin.

This started back with the establishment of Royal Project Foundation in Northern Thailand when the King (Rama 9) set to combat the drug trade and the slash-and-burn techniques of farming used by the somewhat nomadic hilltribes in Chiang Mai and Northern Thailand. A project that helped connect the 200+ hilltribe villages on Northern Thailand, and to provide them with trade and opportunities in agriculture of sustainable and suitable fruit and vegetables for these cooler northern climates. Like coffee, strawberries, and of course, cabbages.

Who are the Hilltribes of Northern Thailand?

I’m far from an expert on the subject. But these days, since establishing the Royal Project Foundation, most hilltribes are now Thai nationals. But traditionally they were nomadic/migratory folk with cultural backgrounds originating from around China, Tibet, Myanmar, and Laos. There are 7 prominent hilltribes in Chiang Mai and Northern Thailand, each with a distinct language and culture, including the Lisu, Mien, Palaung, Karen, Hmong, Akha and Lahu. It’s not just the well documented/sensationalised Karen ‘Long Neck’ hill tribe (pictured below).

Make the Most of Your Stay

Our first ever hill tribe homestay was added to an already packed itinerary in Chiang Mai. We arrived late after sunset along a steep windy rollercoaster road, with no phone reception and wrong GPS. We arrived to pitch-black darkness where the only noticeable light was from the hut lanterns and stars above. We have a last-minute dinner served to us on the hut’s bamboo balcony porch. It was kind of exciting and romantic but we missed out on so much throughout the day. At midnight the electricity is cut and surrounding us is the unrelenting noise of mountain beasts.

There is the issue, mostly due to success in tourism, that many homestays have risked illegally expanding onto National Park land only to have their new lodgings torn down again. We even woke one morning during a homestay in Chiang Dao to Wildlife Sanctuary officials and the army dismantling the surrounding huts and bungalows (it was big news at the time). Given the lack of opportunity for expansion, these hill tribe home stays have become more exclusive and luxurious to increase profits from these unique ventures. There is also the worry of outside investment

What are Homestays in Chiang Mai and Northern Thailand?

Homestays in Thailand are not really the same as many might expect of a traditional homestay, as it’s not really staying as a guest of a local family, and it’s not so different to any B&B, guesthouse, glamping… etc. and you’re more or less just staying on the property/land owned by a hill tribe. Although there maybe some more intimate and immersive experiences if you dig deep. Otherwise I don’t find the experience overly social and hill tribes are rather insular and not overly chatty. Although this may be due to a lack of ability to communicate on my part.

Fun story. Fanfan, being from Thailand, was never really introduced to this social aspect of traditional homestays until taking on a road trip in east-central Europe. This is when she booked a homestay for an overnight in remote parts of the Czech Republic. So, knackered, we arrived, checked in, and we’re straight to bed before the next stretch. But we were soon wakened when the family just walked straight into the guest room, put their coats in the closet and sat down on the sofa, to introduce us to the neighbours. While we were laying sleepy / mortified in bed.