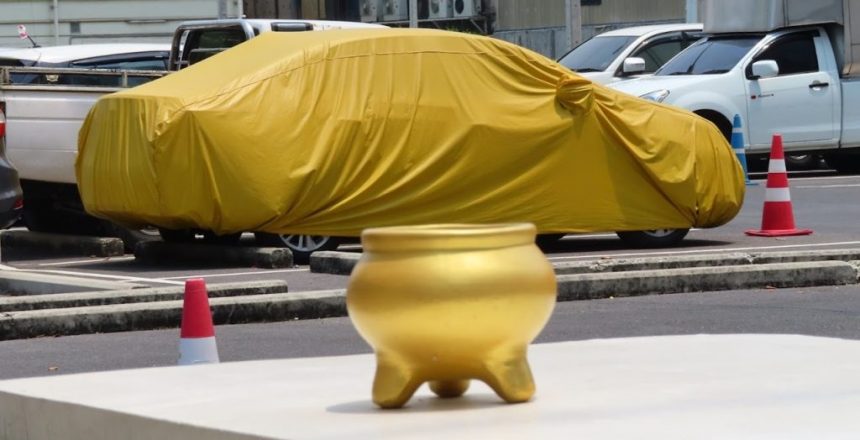 Cities can find their truest expression through a favourite art form: manga evokes Tokyo, movies define LA, carnival embodies Rio, K-Drama captures Seoul. People have tried to catch the spirit of Bangkok through film, art, design, novels or songs, but no other medium captures its quirkiness better than street photography. Only ambushing reality with a camera can convey the city’s sense of dumbfounding surprise.

Thai street photography pioneers include Manit Sriwanichpoom in his book Bangkok in Black and White, and Dow Wasiksiri, who wryly snapped the unintended effects of tourism and development. The idea that affluent Thais would revel in low status streetlife rather than staged imagery had been preposterous until the mid-2000s zeitgeist for non-styled street aesthetics.

Impromptu snaps of the human condition became not just the artform of Bangkok, but the artform most done by Bangkokians. That indie era saw DSLRs became affordable to the middle class, who roved parts of their own city they’d never cared about before. Some submit images for approval to the Facebook feed of streetphotothailand.com, which was founded in 2008. The Street Photo Thailand club’s shows in BACC helped spread the hobby. It proved that anyone with an eye could get wallspace.

Lingering with a camera is a loner’s pursuit, yet budding Thai Winogrands often shoot in groups, who compare snaps and compose portraits when they descend on photogenic venues like the newly opened Photocafé in a 200-year-old Chinese house, and is starting workshops for photographing its Talad Noi neighbourhood.

This as-found anti-style became a style, which permeates magazines and advertising. Cross-dressing online star Mae Ban Mee Nuad (Housewife With a Moustache) spoofed the genre by campily posing in gowns on  songtaews and cement mixers. Yet spotting real begowned Bangkokians in unlikely settings is the kind of regular occurrence that keeps amateur lenses busy.

When anyone can be a smartphone photographer, ethics come into question. Street photography’s legitimacy depends upon being free to depict anything in the public domain, though the Internet has spread ideas of privacy and that one’s image is a kind of property. Yet Thais are leaders in uploading their personal photographs to Facebook, blurring privacy and personal brand. Bangkok street shooters run other risks if they photograph any illegalities in the street.

A careless snap is unwelcome scrutiny to underworld traders, who can react violently, demanding to see that snap deleted. Conversely, designers suffer from pirates taking spy shots of their goods. Thais seem happier than most to be photographed and often play up for the camera. They enjoy funny situations so long as they don’t lose face. The downside is that some subjects instantly pose. Photographers wince as their artful composition morphs into cliché of practiced grins and victory-V gestures.

Bangkok street photographs often seem surreal, because the preoccupation of face-saving is a performance that can appear to observers as baffling or a futile denial of what’s obvious. Such head-turning disjoints are common in an unstable city where efforts at control carry a tinge of hilarity. The originator of street photography, Frenchman Henri Cartier-Bresson, said it’s all about capturing ’The Decisive Moment,’ the skill of freezing a moment to convey deep meaning. Given the way that Bangkok street photography can flummox the viewer with ambiguous juxtapositions, it could be said to capture ‘The Indecisive Moment’.

This article relates to a chapter in Philip Cornwel-Smith’s latest book, Very Bangkok: In the City of the Senses. It is the long-awaited follow-up to Philip’s influential bestseller, Very  Thai: Everyday Popular Culture. Both books are available from leading retailers and direct via the publisher at River Books.